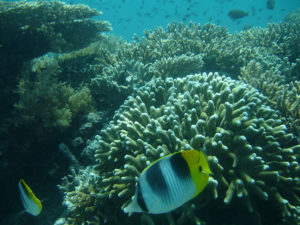 Responsible Investor is calling on investors to share their insights on the blue economy, in a bid to contribute to intelligence on financing the UN Sustainable Development Goals (SDGs).

As part of a new research project dedicated to SDG 14: Life Below Water, RI has launched a survey to collect information on investor awareness on the blue economy and if, and how, it is being integrated into strategies.
“Despite oceans and their (threatened) health being increasingly in the public and policy spotlight, investors have so far remained fairly silent on these topics,” observed RI’s in-house researcher, Dennis Fritsch, who is leading the project. “There is not much known about the investor perspective on the viability and development of a sustainable blue economy. According to some reports, it’s the SDG receiving the least financial support from investors.”The project, he adds, “aims to produce a ‘state of the oceans’ assessment of the investor community” looking at awareness of investment-linked ocean risks, the impact of their investments on the marine environment, and whether the blue economy offers investment opportunities.
WWF, the European Commission and the UN Environmental Programme Finance Initiative (UNEP FI), are partners on the initiative.
“The ocean economy is expected to grow at twice the rate of the mainstream economy by 2030, and the economic value of global ocean assets is estimated to already be at over $24trn, making the Blue Economy the seventh-largest economy by GDP globally,” according to a statement to launch the research.
The new survey will take around 5-7 minutes to complete, and answers won’t be attributed. Participants will be given access to the findings.
RI is also hosting a webinar on the topic of the blue economy next week. For more information, see here.