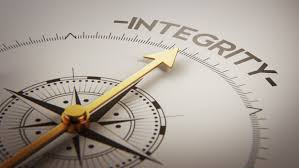 Here’s a question for the responsible investment sector as it reflects on a tumultuous 2016 and steels itself for an uncertain 2017 with an unpredictable President Trump in charge of the world’s most powerful nation.

How did we get here?

When a former SEC Commissioner warns that an incoming President could turn the capital markets into the “province of fraudsters” you know that you’re in for a rough ride. When that same President puts a climate change denier in charge of an environmental agency and a Big Oil executive in charge of foreign policy, it’s looks dangerously as if the lunatics have taken over the asylum.

While the initial shock of Trump’s elevation has subsided, the idea doing the rounds that investors should be putting the case for sustainability to Trump is surely wishful thinking.

Despite all the codes, reviews, inquiries, membership bodies, forums, investor coalitions, reports, investor-corporate engagement, fiduciary duty, regulations and initiative-overload, we still somehow ended up with a egomaniac misogynist with a hazy notion of the truth choosing the drapes in the White House.

Why isn’t responsible investment so integral to the financial system that it should be unthinkable for such a person to get the most powerful job in the world on a ticket of hatred and division?

How can we tackle ‘casino capitalism’ when the POTUS himself is the founder of a string of (bankrupt) casinos?

Despite all the years of environmental, social and governance issues being ‘factored’ into investment, how did all this occur?

More importantly, how should the responsible investment community respond? Trump’s election is an affront to everything the sector stands for, and the stakes are too high for responsible investors to sit on the sidelines.

We need a path out of our current situation and while the diagnosis is complex, one thing we need to examine closely is our current disaggregated, securitised, outsourced, benchmarked and underweighted model of ‘ownership’.Our modest proposal is that we need more equity investment.

Equity, of course, is a word with two meanings. It ultimately derives from the Latin aequitas, meaning ‘equal’ or ‘just’ and captures the idea of fairness and impartiality. It also conveys the notions of absence of prejudice, integrity and decency.

“How should responsible investors respond to Trump?”

An equity investor — by this specific definition of the word, at least — is a just, fair, decent investor. A responsible investor.

But its meaning had evolved by the turn of the 20th century when it began to be used in finance (‘home equity’) and also in terms of asset ownership.

This is now the meaning we use in finance. But a typical equities portfolio under the current definition contains virtually meaningless portions of ownership over essentially unaccountable corporations. It will be measured against a benchmark it will rarely, if ever, beat. The modern term has been cut adrift from its original meaning and, indeed, almost contradicts it in practice.

So part of the remedy for the parlous state we’re in is a return to the original meaning of the word ‘equity’ – going back to basics to counter the system-wide condition of unfairness, short-termism and knee-jerk opportunism.

The entire financial system is a giant principal-agent problem that no one inside it can grasp, let alone rectify. So the RI industry should establish in its own mind what its baseline principles are.

True equity has to be the roadmap for the way ahead. The ultimate anchor of the investment chain is the asset owner. At this time of the year, it is time for them to demand more equity.