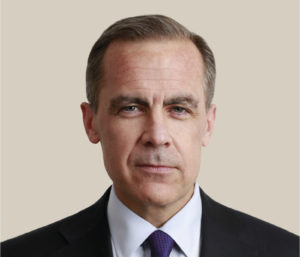 Mark Carney, whose departure from his role as Governor of the Bank of England was announced yesterday, will leave a vacuum at the top of global policy making around ‘green finance’ and climate disclosure.

Carney, the former head of the Bank of Canada, will step down from the post in 2019.

In his letter to Chancellor of the Exchequer (Finance Minister) Philip Hammond, Carney spoke of his aim to “remodel the Bank to reflect its new, much broader responsibilities”.

A highlight of that was his decision to very publicly use his position to highlight – in his now famous Breaking the Tragedy of the Horizon address to the Lloyd’s of London insurance market just over a year ago – the investment risks of climate change.

He took quite a lot of flak for this: but he brought the “stranded assets” theory into the ‘mainstream’ of investor discourse and give it his backing.

It’s worth revisiting his words.

He spoke of the “vast majority” of fossil fuel reserves being “stranded” – which, he said, “alters fossil fuel economics”.

“The exposure of UK investors, including insurance companies, to these shifts is potentially huge,” he told his audience – while arguing that “financing the de-carbonisation of our economy is a major opportunity for insurers as long-term investors”.

“For this to happen, ‘green’ finance cannot conceivably remain a niche interest over the medium term,” Carney said, adding: “Capital should be allocated to reflect fundamentals, including externalities.”

He carried this forward with his championing of climate disclosure via his chairmanship of the high-level Financial Stability Board (FSB) where he was instrumental in forming the Task Force on Climate Related Financial Disclosures (TCFD).

Responsible Investor understands, moreover, that the Bank of England is currently performing analysis on the risks to the UK economy around both its ‘mitigation’ and ‘adaptation’ to climate change.

In this case, ‘mitigation risk’ refers to the costs to the economy of introducing climate-related policies such as carbon taxes and energy efficiency laws, which seek to reduce global warming. This is being weighed up against ‘adaptation risk’ – the potential costs of adapting to the effects of climate change – catastrophic events, for example – if policy is not introduced to prevent global warming.

Fittingly perhaps, the announcement of Carney’s departure coincided with Exxon Mobil saying it was on track to have to cut almost 20% from its proved oil and gas reserves and that it was reviewing its assets with a view to potential earnings charges for writedowns. And just today, BP and Shell, according to the Financial Times, disclosed “plans for further cuts in spending to contain rising debts”.Meanwhile, Mary Schapiro, the former SEC Chair who advises TCFD Chair Michael Bloomberg, has said the body will make a comprehensive set of recommendations on climate-related impacts.

Speaking yesterday at the Atlantic Council, she said there would be a focus on transition risk which has the potential to have profound financial impacts on companies and building on the work of others it will enable companies to disclose material financial impacts.

She said: “Investors are demanding this information that at the moment is boiler plate and non-comparable. Regulators want this information to see risks building in the financial system. It will enable underwriters, lenders and investors to make better informed decisions.”

She said the TCFD’s framework would have a flexible set of recommendations any company can adopt. “It goes to the governance of risk of a climate change, how the board oversees it, how you measure it and manage accountability of climate change risk, how it is incorporated in risk, do you use scenario analysis?

“If you are a large, sophisticated public company it might be quantitative. Other companies may be qualitative.”

She said the TCFD’s use of scenario analysis would recommend 2 degrees as a baseline. It won’t direct a carbon price but ask for disclosure if they do use one.

Again on baseline scenario analysis she said the taskforce did not want to discourage companies from using others that might help enlighten a target audience. “Scenario analysis is not the be all and end all.”

“Carney’s [Tragedy of the Horizon] speech said there were 400 frameworks for measuring climate impacts and it allowed companies to say that’s too confusing. We will build on what’s already been done and build sense and a framework.”

She said the taskforce would have separate, heightened guidance because of likelihood of materiality (of climate change risk) in sectors such as energy, transport, and agriculture. She said there is half a dozen of them. She said the TCFD’s report will be presented in late November, there will be a 60-day consultation early December, after that there will be a final report to the FSB in Spring and then on the desks of G20 leaders to decide whether to take forward.

Carney put these issues on the map at the economic policy level like never before, picking up Carbon Tracker’s ball and running with it. One certainly couldn’t imagine his immediate predecessors Mervyn King or Eddie George interpreting their brief in the same way. He is the leading – if not sole – senior central bank figure to fully engage climate change and its impact on financial stability. It can only be hoped that others at his level take on his work after he leaves.