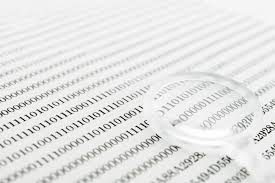 A group of executives from leading investors and ESG research and data providers has backed a voluntary set of standards that aim to outline expectations around data quality for the asset management sector.

The initiative was unveiled at the RI Europe 2016 event in London by Andreas Hoepner of the ICMA Centre of Henley Business School in the UK.
The Deep Data Delivery Standard comprises 10 high level quantitative and qualitative – and free to use – principles that clients can incorporate into their service contracts with suppliers. RI understands that this has already started to occur.
The investor backers include senior figures from asset owners such as PGGM, Unipension and the Church of England, who sit on the project’s Industry Advisory Board.

Also on the 26-member panel are executives from asset management firms including Nordea, Swiss Re, UBS, State Street Global Advisors, Legal & General, Amundi, PIMCO, Vanguard and Hermes. The industry group is co-chaired by Stephanie Aument, a director at US-based SRI firm Calvert, and Michael Viehs of Hermes.The project also features an Academic Advisory Board chaired by Hoepner, who called the project a “public good from the scientific community”.

One key element (principle 6) calls for an “assurance” that none of the rated entities “financially contributed to their rating or paid for access solely to their own rating”.
The first draft of the standards was released in September last year for a 10-week consultation and third party providers will now be able to submit for recognition from July 1.
Speaking at the event, Hoepner stressed that the initiative is not ‘certification’ and that the first players will be recognised from August 31. Organisations that meet all 10 criteria will meet a ‘gold’ standard, while those meeting nine will get silver and bronze will go to those meeting eight.
He said ESG data providers Vigeo-EIRIS, MSCI, Oekom and RepRisk are backing the initiative and Jillis Herpers, Executive Director and Head of ESG Client Coverage at MSCI said his firm would be applying.