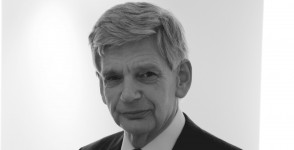 Bernard Horn, outgoing chair of Social Finance, the impact investment firm that helped kick off the world’s first social impact bond, has data on his mind.

Horn, who spent nearly 30 years at Natwest, six as a board director, says Social Finance has built up access to a lot of data through the work it has done with various local authorities and he’s been mulling on how to do more with it.

“It is really taxing on my mind,” says Horn, who sits on the board of two software companies. “I like the idea of building up a data warehouse and developing it for the public good, rather than developing it as a commercial entity.”

For example in the UK county of Essex, Social Finance helped it scope out a social impact bond to support kids at risk of entering care. Eight investors provided a total commitment of £3.1m to fund an intervention with returns reliant on measured outcomes.

National children’s charity Action for Children was selected to deliver the funded intervention, Multi-Systemic Therapy (MST), an intensive evidence-based family therapy.
The service places emphasis on outcomes measurement and using performance management to drive continual improvement. Wider outcomes such as the rate of offending, educational outcomes and emotional wellbeing are also being monitored in order to understand the broader impact of the service.

Horn believes fine-tuning the data it is collecting during these processes could make it easier to do other similar products.

Horn is keen to get make progress, admitting that the social impact investment market suffers from a lack of scale.

Candidly, he says: “Why can’t we make this big move to go to scale?” suggesting that structuring social impact bonds are still tricky and governments need to be on board, though some are developing good experience.

He continues: “On the investment side, there has to be scope for funds.” But for investors, especially pension funds, he believes some of the inhibitors are falling away, citing policy support, especially in the UK. He also says public pressure will move the needle: “Everybody wants everybody else to be the first one. I think there will be a domino effect. I just think there is enough latent demand to see change.There will be pressure on pension funds, but no one will want to be the first.”

Horn leaves Social Finance after nine years since its inception. Sir Ronald Cohen, dubbed the “father of social investment”, got him on board on what he calls an “amazing journey”.

As Responsible Investor reported this week, David Blood of Generation Investment Management is to succeed Horn.

Horn worked with the secretariat that unlocked the dormant accounts which kick-started social investment wholesaler Big Society Capital that is helping catalyze the burgeoning market.

Social Finance was born originally to bid for the unclaimed accounts, which eventually went to Big Society Capital. Horn took up the chairmanship and has seen it grown from two employees to 70 seven years later.

He says: “I’ve learnt a lot of stuff. And I’ve become steeped in an array of issues and people. This inequality of life is really quite profound in terms of birth – whether you have the opportunity to do various things. I became interested in this marriage between philanthropy and finance.”

Horn is convinced the world is in the early stages of a significant market that will develop other time. Indeed, Rob Wilson, the UK’s minister for civil society, has said recently said that the social impact bond market could grow to £1bn by the end of the current government’s term in 2020.

Social Finance has mobilized over £100m of capital, in the range of £40m for SIBs. It has sister organisations in Israel and America – they work together closely.

He admits it’s been a bumpy road; there are critics of social impact investment, especially social impact bonds. For example public sector unions across the world have been vocal in their scepticism.

He says: “You will get vested interest. That will always be the case in life. I would like to think its just another tool for governments. It will probably disturb some of the status quo – it probably happens to the best things in history anyway. I don’t want to predict what will happen but if it means that children on the edge of care don’t go into that awful care system and are torn away from their families – isn’t that the right thing to do?”