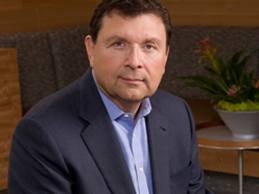 Jack Ehnes is Chief Executive Officer of the California State Teachers’ Retirement System (CalSTRS), chairman of the FTSE Environmental Markets Committee and board director at US-based sustainability investor network CERES. In the first of a two-part interview, he speaks with Responsible Investor about the US presidential election and the Volkswagen emissions scandal. The second part will focus on addressing climate risk and dealing with the role of beneficiaries as stakeholders.

Just before his interview with RI, Ehnes was asked about his views on US Presidential candidate Donald Trump at the Economist Sustainability Conference held in London last week. He said that the US business and investor community would move forward with sustainability regardless of who is in office.

In person, RI asked him whether a new administration might interfere with the recent revised guidance issued by the US Department of Labor stating that ESG integration is not at odds with a pension scheme’s fiduciary duty. It overturned a 2008 ruling by the Department, under the Republican administration of George W. Bush, that put a perceived hurdle in the way of pension trustees from selecting investments on the basis of any factor other than the ‘economic interest’ of the plan.

Ehnes admits he is worried. “The fact that the Obama administration interpreted prior interpretation by a prior administration from a different party, that unfortunately shows the political side of the US when dealing with issues which should not be political…. I think it’s one of the weak parts of our system. We can be talking about the Securities and Exchange Commission or the Department of Labor. Often they do great work, diligence over years. Then we have Congressional intervention and they disappear.

“I’ve worried about just what you said and we have another 180 degree turn if there is a change in administration.”

Ehnes continues that another good test will be upcoming new rules from the Department of Labor requiring being a fiduciary if you are providing advice at a retail level. “At the moment, if you go for investment advice, the person might say they are a fiduciary, but more often than not, they are not a fiduciary. So they are likely not finding investments suitable for your needs. The Department of Labor is working on a rule that would rigorously apply the fiduciary standard – and it’s been met with resistance.”

He says it is distressing to see this sort of reaction to a rule he and his peers live by every day. “The Department of Labor has worked four years on this rule. I love reading letters to the regulator and I’ve seen comments such as “you didn’t take enough time on this”, or “you need to sit back and get input”. These are all delaying tactics to prevent the rules from taking effect.

“On the positive side, the rules are with the regulatory bodies. The test is whether the opposing parties run to Congress and try to neutralize these rules.”He fears Congress could intervene. “We don’t do the job of separating the role of what elected representatives should do, and why we have regulators. Why do we give powers to regulators, if it’s not in their best judgment to regulate the markets? Why should we use political judgment to circumvent the challenge of regulatory judgment?”

Another issue taxing Ehnes is Volkswagen. This month, CalSTRS, with a holding worth €47m in the beleaguered German carmaker, announced it had hired law firm Quinn Emanuel to sue for compensation for VW’s alleged violation of German securities law (Wertpapierhandelsgesetz or WpHG) that requires listed companies to disclose share-moving information in a timely manner.

“If we choose a case to litigate we are going all in.”

Ehnes, who has publicly called VW’s actions “particularly heinous”, tells RI that while European rules in bringing the case are very onerous to US investors, CalSTRS’ base of California makes the issue especially important to them.

He says: “This case is not just a horrendous example of a company speaking out of one side of its mouth about its green conscious efforts to develop a fuel-efficient fleet and obviously engaging in extraordinary disingenuous behavior.

“But it was in part directed at the state of California and our rules that are particularly rigorous for cars. It made sense for us as a pension system to really look at this case seriously and be in a much more leadership position.”

He promises that CalSTRS will “pursue this vigorously”.

“You can be sure that if we choose a case to litigate we are going all in,” he explains, adding that a small investor group of significant global investors will be involved in their case.

CalSTRS holds VW as its portfolio is 70% indexed to drive down costs and risk. “There is no better way to get higher returns than to lower your costs,” says Ehnes. “Having said that, it puts the burden on us. We’ve got examples where companies have gone downhill and we are riding that path downhill with them. So it puts the burden on us to actively engage with these companies. That’s why we and CalPERS have very large corporate governance staff always engaging, because of the nature of the portfolio.”

Ehnes says CalSTRS is not engaging with VW yet. But it will be involved in a lengthy legal discovery process and it’ll be discussing engagement issues further down in the process.

He gives the example of Disney as a company that has had a corporate governance turnaround. “They’ve had ups and downs. There was a period of time we were highly engaged with Disney over the separation of chair and CEO, the composition of the board, very relevant issues. We wouldn’t sell the stock because of these issues. We would work with them to make these practices reform over time.”