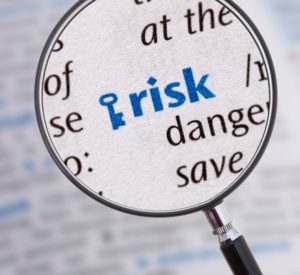 The Financial Stability Board’s (FSB) Taskforce on Climate-Related Financial Disclosures (TCFD) will tomorrow publish its highly anticipated recommendations on disclosing climate related impacts.
Speaking recently at the US-based think tank Atlantic Council Mary Schapiro, the former SEC Chair who advises TCFD Chair Michael Bloomberg, said a 60-day consultation will follow, after which there will be a final report to the Financial Stability Board in Spring and then onto the desks of G20 leaders, who will decide whether to take it forward.
Responsible Investor speaks to two investor members of the TCFD, Eloy Lindeijer, Chief, Investment Management at Dutch pension investor PGGM and Steve Waygood, Chief Responsible Investment Officer at Aviva Investors ahead of the recommendations.
The FSB, established in 2009, monitors and makes recommendations about the global financial system and its members include the central banks and finance ministries of the G20 countries as well as bodies like the IMF, OECD and international standards-setting organisations.
It set up the TCFD to develop voluntary, consistent, climate-related financial risk disclosures for actors in the whole financial chain.
Lindeijer, who joined the Task Force on Climate-related Financial Disclosures (TCFD) mid-way through its process, has some familiarity with initiatives focused on the global financial system. Around 20 years ago he was part of a working group set up by the Bank for International Settlements (BIS), a membership body for central banks, that looked at the macroprudential implications of the huge growth of the derivatives market. He subsequently served in various committees of the European Central Bank (ECB) and the BIS.
Waygood describes his role on the TCFD as almost being a second job. “It’s an incredibly challenging, multi-dimensional task. You have to consider the financial services system. You have to consider the world economy. You have to consider every company within it of any scale that’s invested and then the financial infrastructure that invests in it and of course the issue of climate change itself. You’ve got a lot of moving parts here so it’s been an absolute privilege to be part of the Task Force and listening to everyone’s views.”
On one level the TCFD’s work should help organisations take more informed investment decisions in an environment of uncertainty related to the transition to a lower-carbon economy. On another level it will benefit the FSB’s wider mission of ensuring financial stability through more usable data helping to expose risk concentrations in the system related to this transition.
Lindeijer says the work of the TCFD will be the first time that a disclosure framework for climate risks has been approached from a global, business-led top-down angle.
The driving force behind the TCFD is Mark Carney, Governor of the Bank of England and Chair of the Financial Stability Board, who said there were around 400 disclosure frameworks in his famous “Tragedy of the Horizon” speech on the financial risks of climate change – the first time a central banker had so vocally marked climate change as a material issue for the financial industry.“I think the innovation we are trying to realise here is that currently there is basically a lack of a coherent and comprehensive framework for looking into climate risks and opportunities” says Lindeijer.
“This is the first initiative approaching climate risk disclosures from a top-down angle. It is very much an international endeavour, with relevance to financial and non-financial institutions. If endorsed by the G20 [which represents the governments of the world’s 19 major economies and the European Union], it should help get global implementation.”

He predicts the TCFD’s work could have transformative implications for the world’s capital markets. “It should enable banks, insurance companies and investors to improve their asset allocation. The fact that information is currently lacking means that risks and factors involved with energy transition are probably not well priced into markets. The framework will help the market cope with all the uncertainties that are related with energy transition and also the opportunities that are related to it.”
As already described, the TCFD’s remit is to develop voluntary, consistent, climate-related financial risk disclosures for actors in the whole financial investment chain.
With regards to other existing standards Waygood says “We’ll be building on what’s existing already and coming up with an industry facing version of what’s required. I think you can expect a clear set of recommendations.”

Lindeijer says that a focus on scenario analysis in the TCFD’s recommendations will be important. “It’s quite novel, only a few companies are pioneering in this area,” he says. “And in many cases they don’t actually disclose the outcomes.”
RI asks whether asset owners and asset managers will be expected to do scenario analyses.
“It’s important for everybody, whether you are a financial preparer or a non-financial preparer that we get insight into governance surrounding climate risk management. It is very important to know who is dealing with this, ideally at board level,” says Lindeijer. “So you would expect a narrative – how are we actually managing these risks, and then ideally you would also like to see some metrics that allow users of financial statements to compare one company to another, possibly to aggregate certain risks.”
The TCFD includes one member from a stock exchange – Yeo Lian Sim, Special Adviser at the Singapore Exchange which this year introduced sustainability reporting on a “comply or explain” basis.
Talking in a personal capacity, Waygood says stock exchanges and listing authorities could take the framework that the FSB-supported Task Force concludes with and support it through their listing rules. He says this could most effectively be done through IOSCO, the international coordination body for listing authorities.
He continues that it will be vital for the responsible investment industry to engage. “The Task Force is very keen to have feedback – challenging and constructive. The Task Force and the responsible investment community are natural allies.”

But he does admit that even in the responsible investment community inertia can be an issue. “Some in the responsible investor community will call on others to disclose but will be less comfortable themselves disclosing. I think we need to introduce a new level of comfort in our community in the fact that there are things that we should disclose too.”
He continues: “We know that a lot of the data is missing. What we need to do is work together as a RI community to encourage companies to adhere to the guidance we produce next year. Disclosure will help monitor and encourage a managed transition.It’s through a managed transition that we avoid the potential loss of tens of trillions from the oil and gas and coal sectors due to assets being stranded through policy risk. We can also avoid the even greater sums that are estimated to be lost through the climate actually changing.
“There are these two poles – one of immediate transition causing a Minsky moment [a sudden collapse of asset values] which disrupts valuation and the other pole of actually having controlled transition where we’ve got the Nirvana outcome – which is where we all want to be.
“Responsible investors who understand the long-term risks have a responsibility to support the TCFD.”