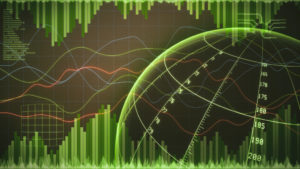 Frank Elderson, Executive Director of Supervision at Dutch central bank DNB and chair of the Network on Greening the Financial System (NGFS), recently announced he would stop saying ‘climate change’, calling the phrase “too neutral and too comfortable”.

“Just like the ECB president, Christine Lagarde, stated during a hearing at the European Parliament Economic Affairs Committee: we are in the middle of a “climate emergency”. From now on I will call it what it is: a crisis. The Climate Crisis,” he said in a speech at the Bank of Spain.

2019 saw dozens of speeches from central bankers on the issue of the climate crisis. And significantly, last November, Sweden’s central bank became the first to exit public debt because of climate exposure. Four years after Bank of England governor Mark Carney made his seminal climate warning speech “Tragedy of the Horizon” at insurers Lloyds in London – a move that led to calls for his dismissal – central bankers are not only speaking, but acting on the issue.

“I’m very pleased to see the speed with which this insight has taken hold,” says Elderson in an interview with Responsible Investor. “What could otherwise have been perceived as a rather conservative community, which is the central banking community, has turned out to not to be, but actually very much mindful and forward-looking.”

The NGFS – the central bank and supervisors body focused on climate-related financial risks – has seen strong growth since its 2017 launch in Paris by eight central banks, including the DNB, the People’s Bank of China and the Bank of England.

Elderson says: “The last number is now 51 members and 12 observers [since the interview, the number has grown to 54 members including the Central Bank of the Russian Federation and the Bank of Japan].

“It has grown pretty fast. It’s a sign of central banks and supervisors around the world coming to the conclusion that we need to understand and accept that climate-related risks are a source of financial risk.”

A recent NGFS report, prepared by the Bundesbank’s workstream, focuses on approaches to sustainable and responsible investment in the portfolio management of different central banks.

“I think it’s important for us to lead by example and to quite literally put our money where our mouth is and practice what we preach,” says Elderson of the report.

The NGFS’s first ‘progress’ report, launched in October 2018, said climate-related risks were a source of financial risk, therefore within the remit of central banks. A subsequent so-called flagship report launched in April 2019 at the Banque de France made six recommendations in this respect.

One of these focuses on bridging data gaps. Elderson says the International Monetary Fund (IMF), an NGFS observer, is one organisation that can play a big role with the data they have, saying there is a lot of work to be done.

Organisations such as Washington-based Institute of International Finance (IIF) has offered to collaborate with the NGFS on a number of issues, including data gaps.

“The NGFS has a number of stakeholders around the world who we interact with on a regular basis,” says Elderson. “The task we all have in front of us is gigantic. This is not something that central banks can do alone. This is something that we need to do in constant interaction with the financial sector and beyond.”

Elderson also says NGFS observers are very important. “They are not just there to observe, but to contribute. The likes of the IMF, the World Bank, the Bank of International Settlements, the OECD, the Basel Committee on Banking Supervision, IOSCO. That is quite a number of the paramount players around the world.”

Significantly, late last year Federal Reserve Board member Lael Brainard said the Fed was in “discussions” about how it might participate in the NGFS in order to learn about international colleagues’ approaches to measuring and managing climate risks in the financial system.

The Fed has been notable for its absence on the NGFS. There is one US regulator member on the Network, New York State’s financial services regulator, the Department of Financial Services, which joined last September.

“We are in conversations,” says Elderson. “They [the Fed] are actively interested in the work that we do. And when I go around the Federal Reserve system it is clear to me that anything that the NGFS publishes is followed very closely.”

Elderson calls it a significant development, especially Brainard’s involvement, given she is a member of the Federal Open Market Committee (FOMC), the body that directs US monetary policy.

"This is not something that central banks can do alone"

Elderson also spoke at the event, held in San Francisco, delivering a speech entitled “Discussing financial risks during wildfires”, where he highlighted the work of the NGFS and also the Dutch financial sector action in meeting the Paris Climate Agreement.

DNB has been central in convening the Dutch financial sector on the issue through its Platform on Sustainable Finance. It has also taken pioneering action on climate through its supervisory role, being one of the first central banks to stress test its financial sector.

“It started seriously for us about eight years ago,” says Elderson. “When we changed our mission statement to say that it is in our mandate to contribute to financial stability with the ultimate goal of sustainable prosperity in the Netherlands. So we added the word ‘sustainable’ before ‘prosperity’.”

Elderson continues: “We added that objective of sustainability as we felt at the time that we needed to focus on this as we are a long-term focused organisation as a central bank and supervisor.

“When people deposit money in a bank, they still want it back 40 years later. When you start working at 25 and start paying into a pension, three quarters of a century later, you still want to get your pension benefits back.

“We felt that sustainability and sustainable prosperity in the Netherlands needed to be a core focus of our mission.”

The journey, says Elderson, led to a number of DNB reports around the issue, including on CO2 pricing and sustainability risks outside climate such as biodiversity loss and water scarcity resource that lead to financial risks.

Focusing on the latter, highlighted in DNB’s Values at Risk report, Elderson says: “This is unchartered territory. And we are going to do follow up work here. The PBL Environmental Assessment Agency has lots of data relevant in this respect. Together with them, we are doing follow up work in this field. And we will publish a report in 2020.”

Elderson says DNB will publish a guidance document with supervisory expectation on climate risks soon. It is currently consulting with Dutch banks on the issue.

Elderson also says the NGFS will be publishing an overview of supervisory practices related to climate of its central bank members, describing it as a “treasure trove” for financial institutions.

“You’ll be able to look at it and see what peers do and what you could do,” he says.

“If you look at the entire financial institution community that is under the remit of the combined membership of the NGFS it is about three quarters of global systemically relevant banks and two-thirds of the globally big insurance undertakings. It is more than half the world economy and more than half of the greenhouse gas emissions.”

He expects work on the climate crisis to only grow going forward.

“In terms of dimension the transition of the world economy is unheard of. To very substantially defossilize our world’s economy is an incredibly big thing. It will affect all actors in the economy. It will affect financial institutions, all central bank and supervisors. This is a thing that will not go away. It will become ever more paramount and important.”