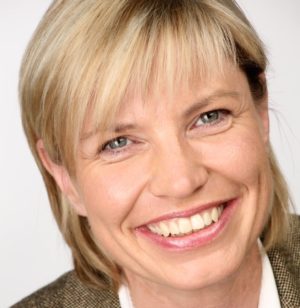 In the context of Germany’s male-dominated asset management industry, Edda Schröder stands out.

Not only is she one of the few women actually in charge of a fund company, her company, Invest in Visions (IIV), offers the only microfinance fund registered for sale to both retail and institutional investors in Germany. She launched IIV’s microfinance fund in October 2011. Since then, the fund has taken in near €100m in assets, two-thirds of which come from institutional investors like family offices, foundations and churches and the other third from retail investors.

Recently, IIV’s fund was given a boost by a recent change to Germany’s investment law that prohibited private placement of microfinance funds with any investor. This, she says, eliminated the competition in Germany from big providers like Zurich-based responsAbility (€2.1bn under management).

Since the law was changed last September, the IIV fund has taken in €30m in fresh capital. “I’m sure, however, that the situation is temporary. The competition will return once other players get their funds registered with the BaFin (Germany’s financial regulator),” she told Responsible Investor in a recent interview.

Indeed, responsAbility says it has since registered with the BaFin and hence may market its microfinance products to institutional investors. In IIV’s case, the Frankfurt-based firm cooperates with Pax Bank, an institution of Germany’s Catholic Church, to reach retail clients in Germany. Schröder herself is in charge of acquiring institutional clients.

But IIV’s success is not solely down to this quirk. Last year, the fund beat its target return of 3-4% and, since inception, has put on 9.5% for institutional share classes and 7.9% for retail ones. “Our selling point to investors is that the fund offers you positive returns that are minimally correlated to capital markets as well as a social benefit,” said Schröder.

“That’s appealing when you are trying to find returns in this low interest environment and can’t bear much volatility.” The social benefit Schröder refers to is of course the economic development that microfinance fund providers aim to promote in emerging countries.Microfinance works like this: Funds launched by IIV or responsAbility provide debt finance to microfinance institutions (MFIs) – essentially banks – in those countries. The MFIs, in turn, make short-term, unsecured loans to farmers and small business people who otherwise would not obtain such finance. A recent study from an NGO called the Consultative Group to Assist the Poor (CGAP) found that in countries where microfinance was practiced, the income of the poorest 20% of the population had risen while the share of people living on less than $1 per day had decreased.

To start the investment process, IIV cooperates with Incofin, a Belgian firm that specialises in locating MFIs. Once candidates are found, IIV and Incofin, which employs specialists in Colombia, Cambodia, India and Kenya, perform due diligence.

Candidates have to show, among other things, that they have been in business for three years; are externally audited; and are certified as MFIs. If they meet these criteria, Schröder and her team then visit the institution before making a final decision on whether to invest. Has Schröder ever declined after such a visit? Yes she replies, citing a case where the governance was very unusual due to the predominance of family members. Once a decision to invest is made, the MFI is obligated to report monthly and quarterly about its operations, in particular how it is lending out capital.

In terms of the allocation for IIV’s fund, the central Asian countries of Tajikistan, Kyrgyzstan, and Azerbaijan currently make up almost one-quarter of the portfolio. They are followed by Peru and Ecuador, which account for a 13% share and Indochina, which is another 6% of the fund. Schröder is, however, still looking for opportunities, as the fund still has 32% in cash.
Beyond responsAbility, IIV faces a good deal of competition, including Blue Orchid in Geneva and Dutch houses ACTIAM and Triodos. Even big development banks like Germany’s KfW and FMO of the Netherlands are active in microfinance, with the former having amassed a portfolio totalling €2.4bn. But Schröder says IIV is in no danger of being crowded out due to the huge market that microfinance represents.

“When we see a lot of liquidity coming into regions like Eastern Europe, we try to avoid that market and focus on others where that is less the case.”
According to Schröder, microfinance has seen the biggest growth in Peru, Ecuador and Cambodia over the past few years. Such countries are transitioning from a microfinance model to a proper banking one, where theMFIs no longer need foreign capital to make loans but use client deposits. Other financial products like insurance are also being offered. That said, Schröder points out that microfinance still has “an incredible amount of potential,” as studies show that 2.4bn people still lack access to financial services. Schröder hopes that IIV could be managing up to €500m by 2020.