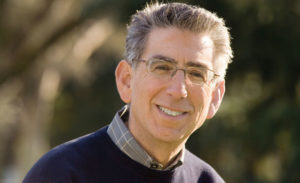 The report of the US Congress’s Financial Crisis Inquiry Commission, a 545-page account of the causes of the largest collapse since the Crash of 1929, made it to tenth position of the New York Times list of nonfiction best-sellers — rubbing shoulders with Michael Lewis’s The Big Short.

The FCIC, chaired by former California State Treasurer Phil Angelides, concluded that the crisis was avoidable and pointed at the contagion effect of synthetic financial products traded by investment banks and at the toothless oversight of regulators.

Displaying unusual literary flair for an official report, it described financial institutions this way: “Like Icarus, they never feared flying ever closer to the sun.”

In conversation with RI, Angelides refers to the Trump Administration’s efforts to roll back the Dodd-Frank Act 2010 as an “invitation to tragedy”, perhaps a Greek one whose cathartic effects will again be ignored.

Angelides says this agenda is simply “insane” and recalls the litany of abuses the unbridled financial sector has inflicted on the wider economy, taxpayers and investors as a result of the crisis.

He warns: “Some years later, the public protections we put in place to prevent this kind of future disaster are being wiped away. This nation lifted Wall Street from its knees but now it is seeking to go back to its old ways without restrictions – and they have Donald Trump and the Republicans in Congress leading the charge.”

Once Angelides finished his duties at the FCIC in 2011, he returned to his private firm, Riverview Capital Investments, which focuses on clean energy projects and sustainable urban developments.

As State Treasurer from 1999 to 2007, and therefore ex-officio board member of the two state pension funds CalPERS and CalSTRS, he led the efforts to take a bold decision in 2000: divesting from the tobacco industry.

“In the private and the public sector, I’ve always tried to move capital in ways that are both financially productive and sustainable.”

Angelides, who contended for the California gubernatorial election against Arnold Schwarzenegger in 2006, describes as a “complete joke” the Financial CHOICE bill or the Republicans’ alternative to repeal the Dodd-Frank Act.

The bill proclaims that thanks to Dodd-Frank, America is “less prosperous, less stable, and less free”. The acronym CHOICE comes from the intent expressed in the bill’s preamble: create hope and opportunity for investors, consumers, and entrepreneurs.

In 2000, like today, a Republican majority controls both chambers of Congress, therefore the numbers would add up to pass the bill. The preamble of the bill states among its aims to also end bailouts of too-big-to-fail institutions, as well as hold Washington and Wall Street accountable.

Angelides disagrees, highlighting that history is repeating itself. He sees the current bill as a re-enactment of the Glass-Steagall Act’s repeal by the Financial Services Modernization Act of 1999.

Also known as the Gramm-Leach-Bliley Act (after its three Republican sponsors, although passed with bipartisan support), this law paved the way for banks to become unregulated, too-big-to-fail financial, conglomerates. “The Financial CHOICE Act would be disastrous. It’s essentially the deregulation we saw before the financial crisis but on steroids.“It not only eviscerates the safeguards of the Dodd-Frank Act but it goes further,” Angelides says.

According to Angelides, if passed, the bill would threaten the authority of key regulatory agencies such as the Financial Stability Oversight Council, the Financial Consumer Protection Bureau or the Commodities Futures Trade Commission.

In addition, it would seek to put other regulators “under the thumb of Congress” to approve their budgets, so that these resource-squeezed entities are not capable of providing solid enforcement.

“The SEC collects more in fines than its own budget and the CFTC’s settlement with Barclays on the Libor was equal to their whole one-year budget. Both are subject to the appropriation process and now they want to extend it to all other regulators. This isn’t a matter of trying to save taxpayer money, it’s a direct assault on the ability of government to protect the public.”

The repeal of the Dodd-Frank Act is not the only way to weaken the action of financial regulators. As RI is speaking with Angelides, SEC chairman-designate Jay Clayton’s senate hearing hadn’t yet taken place. Angelides admits he doesn’t know enough about him, although he observes Clayton is not someone with a reputation for being an “avid protector of consumers or transparency in the marketplace”. On March 23, Clayton was grilled by Senator Elizabeth Warren about his suitability to lead the SEC.

Clayton is a partner at Sullivan & Cromwell, a law firm which counts among its clients a long list of Wall Street firms and big banks.

“Those banks have repeatedly violated securities laws in the past few years, but if they violate them again in your first two years as SEC chair, you can’t vote to punish them,” Warren said.

Meanwhile, the acting Chairman of SEC, Michael Piwowar, has contributed to Trump’s deregulation agenda, leading attempts to suspend the Dodd-Frank conflict mineral rule, to which investors are fiercely opposing.

Angelides has this to say about Clayton’s appointment: “The shots are being called out the White House by people like Steve Bannon [White House Chief Strategist] and Gary Cohn [Director of National Economic Council], who was the COO of a company that was fined $5 billion and admitted wrongdoing related to mortgage securities fraud. And yet here we have this man making economic policy for the US. It’s mind bending.”

“Wall Street has fought a fierce rearguard action against financial reform,” Angelides says, highlighting the constraints to proxy access rules as an example.

However, Angelides doesn’t relieve institutional investors from their responsibility arguing that they haven’t been vociferous enough in pressing the case for reform and transparency.

“I don’t believe that institutional investors have really taken the kind of strong effort required to support financial reform. They should be in the halls of Congress and the West Wing of the White House expressing their strong views that consumers and investors need to be protected. I haven’t seen enough of that.”