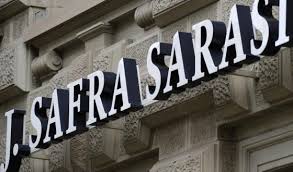 When Safra Group acquired Bank Sarasin in April 2013, the big question on the minds of Swiss market observers was: Would Safra, a family of Lebanese-Brazilian private bankers with no visible track record in sustainable investment, be interested in maintaining Sarasin’s leadership in this area?

While Sarasin’s sustainable business was the biggest of all Swiss asset managers, it only accounted for a small part (15%) of the CHF100bn (€82.2bn) in assets that Safra inherited from the takeover. In other words, the Basle-based bank that Safra had just bought was generating most of its revenue in conventional asset management. The growth prospects for Switzerland’s sustainable investment market probably didn’t impress Safra that much either. Consider that only three of the country’s 2,500 pension funds, which have CHF650bn in assets between them, have signed up to the Principles for Responsible Investment (PRI).

By July 2013, observers would have been dismayed by the sudden loss of almost 50 Sarasin staff – including portfolio managers, sales specialists and sustainability analysts – to Notenstein, a new rival in St. Gallen. Among the defections were executives linked to Sarasin’s success in sustainable investing: Andreas Knörzer, the former Asset Management Head, and Eckhard Plinke, the former Head of Sustainable Investment Research. Even Frank Wettlauffer, who as Sarasin’s German institutional sales chief brought in €2bn in assets from that market, joined Notenstein, where he has the same role.

But any doubts about Safra’s commitment to Sarasin’s sustainable business have been misplaced. Beyond the assets that Sarasin could offer Safra, its sustainable business was attractive because of the higher fees associated with the research that must be conducted on portfolio companies. And Sarasin’s leading position only enhanced the attractiveness of that business.As a result, Safra acted quickly to repair the damage done by the exodus to Notenstein. By the end of September 2013, the now consolidated “J. Safra Sarasin” had replaced most of the lost staff. Key among those appointments were the promotion of Jan Amrit Poser, the bank’s chief economist, to succeed Knörzer and the hiring of Pierin Menzli as Plinke’s replacement. Said a well-known Swiss sustainability consultant: “The Menzli hire in particular shows that Safra is serious about sustainable investments. Like Plinke, he is one of the leading experts on the topic in our market.”

Since last summer’s exodus, Menzli’s team of sustainability analysts has actually been expanded from nine to 15, including himself as team leader. Along with Menzli’s team, Poser has 25 portfolio managers working under him, specialising in equity, bond and balanced funds as well as quantitative and absolute return strategies. “Last summer, I was swamped with CVs from excellent people who had worked for years at other sustainable asset managers like Zürcher Kantonalbank, Swisscanto and RobecoSAM,” recalls Poser, who was interviewed by Responsible Investor in Basle. “I told our CEO Edmond Michaan that we had an excellent opportunity to find the right people for taking our sustainable investment business to the next level. He agreed, and while other banks have been cutting back, we’re still hiring.” Despite a tumultuous 2013, Poser says J. Safra Sarasin had no trouble retaining its clients, which include socially responsible investors like churches and foundations. The bank was even able to lift its sustainably managed assets by CHF1.2bn to CHF15.2bn last year. Those assets include the €2bn in Germany that Wettlauffer mobilised.

In the interview, Poser and Menzli referred to the revamped sustainable business as “Sustainability – Generation 2.0.”

According to Menzli, this means that for the first time, J. Safra Sarasin is integrating sustainability into every step of the investment process. “We now also identify financially-relevant ESG (environmental, social and governance) factors and include them into the research in order to reap excess returns from sustainability,” he says. Another thing the bank is doing differently is to better understand institutional investors’ needs before providing sustainable investment solutions. Says Menzli: “Many providers of sustainable funds made the mistake of trying to sell Swiss institutional investors retail products that were too complex, expensive and not tailor-made. We want to pattern our offering according to their needs, whether they be the use of exclusion for say SRI investors, or the integration of ESG factors, which is better suited to pension funds that do not want to narrow their investment universe.”

Poser adds that the bank’s proprietary, values-based sustainability matrix strictly excludes ESG offenders from the investment universe. This approach generates “a new, a sustainable beta” (market returns) while efforts to integrate ESG into financial research helps extract “sustainable alpha” (returns that exceed those of the market). Meanwhile, these efforts will be strengthened by the creation of a new Corporate Sustainability Boardunder executive management and an external Sustainability Advisory Council, whose members include former PRI Chairman Wolfgang Engshuber.
J. Safra Sarasin also plans to roll out several new sustainable funds. But Poser declined to provide much detail about the new funds during the interview, saying only: “Examples are emerging market bonds or Brazilian equities, where we will combine Safra’s expertise for the asset class with the sustainability expertise of Sarasin.” Asked to name any other business goals for the near future, Poser and Menzli reply that the bank aims to maintain its market leadership in sustainable investing in Switzerland and Europe. Building up a market presence in Brazil, where several big pension funds have embraced the PRI, is another key objective.

Regarding Switzerland, where private demand for sustainable funds has been more robust than that from institutions, Menzli is convinced that this will change as Swiss schemes take note of the growing acceptance of the PRI abroad. “It’s true that the Swiss have been wary of international agreements or sceptical of their benefit to them. But the younger generation appreciates the importance of sustainability, and I believe it is just a matter of time before it replaces the older one at pension schemes.”