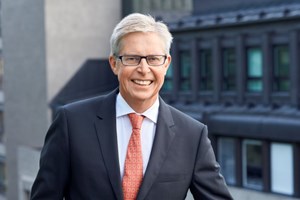 In the first of a two-part interview, Responsible Investor speaks to Mats Andersson about his role on Sweden’s Green Bond Inquiry.

Mats Andersson, former CEO of Swedish government pension fund AP4 and now chair of the country’s inquiry into green bonds, focuses first on green washing when describing its scope, “it’s still a very young, virgin product that needs to be developed,” he says.

The issue was highlighted recently with investors divided over a bond labeled green from oil company Repsol. Some feel it undermines the green bond market, though proceeds will be used to finance energy efficiency and low-carbon technologies.

Swedish Finance Markets Minister Per Bolund asked Andersson to lead an inquiry into promoting the green bond market last year. Historically, Sweden has played a big role in the green bond market, with Kommuninvest, Fabege and SEB among those issuers with dedicated programmes in place, and investors like Alecta, AP2, AP3 and AP4 making commitments to buy green notes.

The inquiry is still in the fact-finding stage, Andersson tells RI at the recent Morningstar conference in Amsterdam, but could lead to the issuance of a Swedish sovereign green bond.

“It says in the inquiry that we should try to look into the possibility of issuing a government green bond and I think that if you really want to go from the small pond to the big pond you need to get governments involved,” he says.

But there are challenges. Under its budgetary legislation, Sweden – along with many other countries – is prevented from raising money to channel into a specific project or action. Andersson says the inquiry will look to see what is possible.

He says it is good news that France issued a “substantial, well-received” €7bn green bond earlier this year, and welcomes reports of other countries planning to issue, such as Nigeria. He is pleased these countries are sending signals to the financial market, but suggests more needs to be done.

“Many of the investments that have backed green bonds today would have taken place anyway,” he says, reflecting that bonds are naturally a refinancing tool, and don’t normally facilitate the creation of new projects.

He says the important next step of developing greens bonds is to make sure holders have either lower risk or a better return. This would be aided by growth in asset-backed green bonds, which are currently a rare occurrence. Many share the sentiment that the risk profile of green bonds should be linked to the green projects, not the risk-profile of the company – as is the case with ‘use of proceeds’ green bonds.

RI asks whether the Climate Bond Initiative or the Green Bond Principles are still fit for purpose? “I think everything needs to be moved forward and one should bear in mind that even though you have close to ten years – it started from zero. It’s still a very young, virgin product that needs to be developed and will be developed. It’s important to do it in a good way, because there is always the risk of green-wash.”Andersson wants the final report of the inquiry to deliver “implementable, not theoretical” ideas. “I think that time is running out in all aspects, so the sooner they can be implemented the better, and the broader it can be used the better,” he says.

Andersson is no stranger to pushing the needle. In 2012, while still at AP4, he started to decarbonize its investment portfolio – while the practice is well known amongst ESG investors today, five years ago it was relatively unheard of.

“But you need to have a belief in yourself and a willingness to take on the fights. I was always strongly supported by my (then) Chief Investment Officer Magnus Ericsson.”

Andersson also says being transparent about the process helped. “When we started, it was questioned whether we had the accurate figures. But I said ‘no’. I have enough to act and I’ll be transparent so if I do something wrong I can least refer to why I did it and adjust.”

Today, AP4 is a leader in tackling climate risk. Last year it committed to decarbonize its entire global equity portfolio by 2020 – one of the most ambitious pledges by an institutional investor. And Andersson says that its current low-carbon indices have not only reduced carbon footprint but also seen strong outperformance.

Andersson is still involved with the Portfolio Decarbonisation Coalition (PDC), the partnership between AP4, Amundi, CDP and UNEP FI seeking to mobilise investors to decarbonize their portfolios. There are currently 28 members who collectively control $3trn in assets and have pledged to gradually decarbonize a total of $600bn by designing investment portfolios with a smaller climate change impact.

However, some are critical about approaches to decarbonisation. For example, AP4 kick-started its work around decarbonisation by pledging €1bn to the MSCI Low-Carbon Leaders Index, through Amundi. The top holding in that index was Exxon, considered by many to be one of the most obstructive oil majors in the climate change debate. There is also the growing argument that carbon intensity does not automatically correlate with an investor’s climate risk, as different sectors and companies will be hit differently by climate-related policy and natural disasters, regardless of their emissions profile.

Andersson thinks this is the wrong attitude to take: “We all know that time is short and by criticizing and just finding whatever number is right or wrong, it doesn’t move the needle one bit. You need to have the attitude of actually wanting to make things better and if we can have competing models and competing ways to do it I think that’s good as that will lead to more efficiency.”

He continues: “I’ve said many times that I’m agnostic. I don’t care what pension funds do but just do something. Divest, invest, engage, go into renewables. But start communicating your principles to the pensions, to government and step-by-step you can develop.

“Don’t kill the whole project by saying one thing is wrong or that one number hasn’t come out the way it should.”