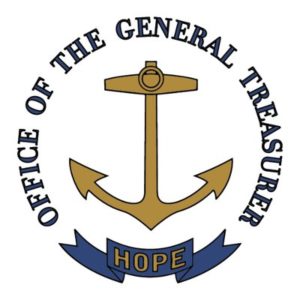 This is the first of a two-part series. The second will look at how Rhode Island is looking to integrate ESG into its due diligence and manager selection.

“A stunning result” is how Rhode Island General Treasurer Seth Magaziner described support for his resolution at under-fire US student debt collection firm Navient at the company’s annual meeting in May.

The backing of over 40% of shareholders for the resolution calling upon the Delaware-based firm to ramp up its disclosures in response to the growing subprime student loan crisis was a major success for the smallest state in the US, which has increasingly sought to flex its shareholder muscles since the former SRI analyst was elected to the post in 2014.

RI spoke to Magaziner, the former equities analyst at Boston-based SRI firm Trillium Asset Management about the resolution and his plans for the state and its $8.3bn pension fund, as his first term comes to its end and as his campaign for re-election begins.

It comes as the Rhode Island pension fund announced an impressive 8% return for the 2018 fiscal year (ending 30 June 2018), bolstering the fund by $1.67bn since Magaziner took the helm as Treasurer in 2015.

Magaziner told RI that the decision to file with Navient was taken as the state’s investment committee felt “that the student lending issue is a huge one that poses significant threats but is one that not many other investors have taken up the mantle on, yet”.

The resolution was co-filed with the with American Federation of Labor and Congress of Industrial Organizations (AFL–CIO), the largest federation of unions in the US, and followed a similar resolution filed by Magaziner the year before that was blocked by the Securities and Exchange Commission (SEC) following Navient’s petitioning.

But concerns around US student debt, now the second-largest source of household debt in the US, have been growing along with the default rate among students. A 2018 report went so far as to suggest that by 2023 nearly 40% of borrowers from the 2004 cohort may default on their student loans.The New York Federal Reserve recently estimated that 44m student borrowers owe $1.5trn in loans.

Magaziner said: “Student loan servicers like Navient are very much at the centre of this storm: If there were to be regulatory action, legal action, if servicers were to lose their student loan servicing contracts because they had inadequately serviced borrowers in distress, that certainly has a direct impact on us as investors.”

This concern was borne out by the support for the resolution, he says.

“We have a real crisis brewing when it comes to student lending,” said Magaziner, “to have 8m people already in default when the economy is strong is very concerning and leads us to wonder what the future has in store, especially if there is a correction to the economy”.

“If they are able to commit to some of those steps, great but, if they are not, then we will be back next year”.

The 2018 resolution also requested a report from Navient on board-level responsibility for the issue and whether, or not, executive compensation has been revised in response to the looming crisis.

Last year, Navient was subject to lawsuits from the attorney generals in Illinois, Washington and Pennsylvania and from the Consumer Financial Protection Watchdog (CFPB) over allegations of deceptive and harmful practices.

Last month, the company’s woes were further compounded when a new lawsuit was filed against it by California Attorney General Xavier Becerra, who alleged that Navient had “exploited every family’s dream of witnessing our children graduate from college”.

Navient, which manages more than $300bn in federal and private student loans for approximately 12m borrowers, has called the allegations “unfounded” in a fact sheet it published in the wake of the onslaught and said it would fight the lawsuits.