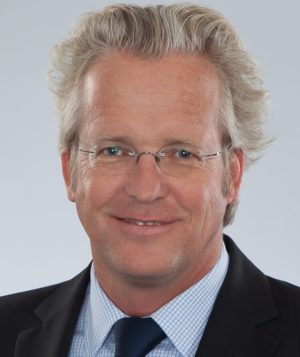 Last May, Oekom Research threw a party to celebrate its 20th anniversary. Over two decades the Munich-based firm has emerged as a leading sustainable rating agency in Germany, scrutinising more than €500bn in investments from institutions: churches, insurers or pension funds. Buoyed by such growth, Oekom in 2011 opened an office in Paris to offer sustainability ratings to French-speaking clients. Then a year ago, it expanded its sustainable investment offering to German-speaking institutions by partnering with Swedish engagement specialist GES.

RI recently spoke to Robert Haßler, co-founder and chief executive of Oekom, about these developments – and about why sustainable institutional investment in Germany is still apparently in its infancy.

RI: How is your alliance with GES going?

RH: It’s going well. We’re discussing the matter with those clients of ours who are interested in engagement. We’ve even acquired our first clients, for example Erste-Sparinvest (an Austrian asset manager) as a result of its leaving F&C late last year.

RI: Union Investment, one of Germany’s biggest asset managers, has since entered the business and says it is either engaging or voting in proxy for 37 institutional investors. Any worries about being crowded out in what is still a small market?

RH: First of all, the engagement market in Germany is in its infancy, so there is plenty of room for growth. There are some German-speaking investors who are engaging, but there are plenty who are not. I also don’t think Union competes directly with us, as, unlike GES, it doesn’t have 50 people who do nothing but engage on ESG. Proxy voting is also an important part of Union’s offering.RI: Why are so few German-speaking investors engaging on ESG? Germany is one of the world’s most sustainable countries, with an historic shift to renewable energy, a culture of recycling and tough environmental regulation.

RH: Part of the explanation is that Germans like to be thorough. Before they act on something, for example sustainability, they want to ensure that they have defined exactly what it is they are getting into. Other cultures are much more pragmatic. An example: When the first “ethical funds” came out 20 years ago, there was actually a discussion in investment circles about whether this meant other funds were not ethical! We Germans sometimes make our lives more difficult than they have to be.

That said, we now have glowing examples of engagement in Germany. Take the EVZ foundation, which recently publicised that it had divested its holdings in Apple, Shell, Wal-Mart and Barrick Gold over what it perceived to be their violations of human rights and international labour standards. In my view, the EVZ’s engagement is a model for other German institutional investors.

RI: But as you suggest, EVZ is the exception, not the rule…

RH: Another reason why so few are engaging on ESG is that the German market needs a big investor who explains why it is so important. Who explains that a sustainable approach can lower one’s investment risks that, in turn, can improve performance? We do have some big investors like Allianz that have signed up to the PRI. But I personally would like them to promote the issue of responsible investment in the market more.

RI: In the context of ESG promotion here, do you agree that it is unfortunate that Wolfgang Engshuber quit prematurely as Chair of the PRI’s Association Board?

RH: Of course his departure is unfortunate. In his two years as PRI Board Chair, Mr Engshuber achieved a lot by helping to persuade at least ten institutional investors to sign up to the principles. Those principles were embodied in his person, and I think he succeeded in relating something abstract in terms that these investors could understand.

RI: Then again, quite a few German pension funds and insurers could say that they don’t need the PRI credential given their massive bond holdings.

RH: There is a lot of truth to that. Whenever we at Oekom research are asked to scrutinise a typical German institutional portfolio we find that much of their money is in bonds from a small number of specialised banks. German regulation, which insists that pension funds and insurers buy assets that are safe and income-generating, has a lot to do with that. What is stopping them from communicating it to the public or joining the PRI? The answer, again, is cultural. Germans don’t really like to talk about money in detail, and I even would include church investors in this whose mission it is to be sustainable investors.RI: Many in Germany’s institutional market still argue that sustainability doesn’t make much of a difference. Consider that stocks like BP, Shell or Apple have not really suffered from reputational risk.

RH: I disagree. We recently did a study which found that of 199 firms, two-thirds said sustainability scoring was compelling them to tackle the issue. Moreover, one in six of the companies from the MSCI World rated by Oekom research demonstrates a high level of commitment to sustainable development. Ten years ago, that number was much smaller and 20 years ago the commitment was non-existent.

These days, when we broach the issue of sustainability with companies, we inform them that through our ratings for clients, we now influence around €520bn in assets. That’s a pretty persuasive argument, and I believe that an increasing number of investors will demand more sustainability from investee companies.