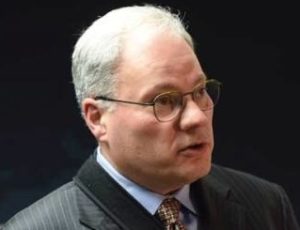 Tom Quaadman, vice president of the US Chamber Center for Capital Markets Competitiveness, a program of the US Chamber of Commerce business lobby group, suggests the Chamber’s concerns that proxy access – the right for shareholders to nominate board candidates – would be used to inject ‘special interest politics’ onto boards has been realized by New York City Comptroller Scott Stringer’s boardroom accountability campaign.

Indeed, this year has been a “turning point” for proxy access, says CalPERS’ Director of Corporate Governance Anne Simpson. She argues shareholders are looking for board diversity to help companies address a range of new challenges.

But Quaadman sees it differently. “When you take a look at the New York City proposals, they tend to be very centered on energy companies. And the New York City Comptroller, who is a politically elected official, has been very vocal on climate change,” he says.

He continues: “So I think it’s [proxy access] something where there is no rationale for increased shareholder return but there is a political agenda for environmental reasons.”

According to Stringer’s website, 35 of the companies targeted by his proxy access campaign are from the energy or utility sector, just under half of the full list, which includes the likes of Netflix and eBay.

Quaadman insists no one can explain the economic rationale of allowing shareholders holding 3% of a company for more than three years to nominate directors will generate more return for shareholders.

“We have said that the proponents have not been able to determine what the economic returns are, in fact when the SEC used the same parameters on that and you talk to different people who were involved in the process, the SEC just decided that was the most palatable.

“But it should be noted that the reasons the courts directed the SEC rule was, the SEC could not come up with an economic rationale on why there would be any shareholder return on proxy access.”SEC policy and rule making will be the main focus of a new business association group being led by Quaadman named the Corporate Governance Coalition for Investor Value.

It includes groups such as the American Bankers Association and the Securities Industry and Financial Markets Association. It announced its formation in a letter to Mary Jo White, chair of the SEC, last month.

Quaadman says the group has come together for three reasons: to promote the interests of good corporate governance systems, to respond to policy makers and to address the rise of ‘special interest’ groups.

The latter has troubled SRI investors, who expressed concern to Responsible Investor that it sounds like a threat to shareholders expressing themselves.

Quaadman says this is not a ‘proper characterization of the whole coalition’.

“We are talking about politically-motivated special interest groups that are more pursuing a political agenda rather than an agenda for shareholders. In terms of companies, activism can be a good thing, right?”

He cites chemicals giant DuPont as a recent good example. It set a goal to cut $1.3bn in annual costs and buy back $5bn in shares after activist owner Trian Fund Management tried unsuccessfully to shake up its board.

“That type of activism can be a win/win for management and investors,” he says.

On the flipside, he suggests union pension funds are groups who in the coalition’s view advocate policies that aren’t related to good corporate governance or investor protection.

“The Manhattan Institute did a study several years ago where they actually found that where union pension funds were heavily engaged in shareholder proposals they just happened to be extremely active with companies or industries where there was an union organizing a campaign. So it raises questions.”

Responsible Investor asked Quaadman if union pension funds are the types of ‘special interest groups’ referred to in the SEC letter.

“We’re not targeting any specific group,” he responds. “We are looking at this [the coalition] as a policy based group. There are many out there who are proposing or making proposals that may not be for the long-term value of companies or their investors. That’s what we are going to be looking at.”

He says the Chamber has had long engagement with the SEC on looking at rules for re-submission thresholds for proposals with low support or declining support. “If there are shareholder proposals which have little support year after year there is a cost to both companies and investors. So I think there needs to be an ability to look at a proposal and determine if there is a legitimate proposal for the value of the company.”

He says the Coalition has filed a common letter on the pay versus performance proposal by the SEC, and it will be engaging on a number of other issues going forward such as the pay ratio rule, executive compensation claw backs and audit committee disclosure.

“With the United States we have two major proxy advisory firms that have different significant conflict of interests and there are not appropriate disclosures around that.”

“So increasingly business owners and investors are deciding that the public company model is no longer the favorite. Ultimately for the economy that is something that is not helpful.”