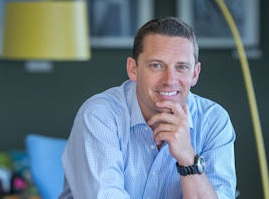 In a sign of the growing attention by the financial world towards climate change, there is now a UK bank with an environmentalist in a lead executive role.

Sustainability-focused Triodos Bank has named chartered environmentalist and ex-Wildlife Trust CEO Dr Bevis Watts as its new managing director in the UK. He took over from Charles Middleton earlier this year.

Watt is re-joining the organisation, having led its business banking business from 2008 to 2012, where he more than trebled lending and commitments in the UK.

He says he has decided to return to banking as it is in an interesting place at the moment. “The reasons to come back were twofold. I suppose when the financial crisis happened and I was first working for the bank everyone was concerned about mitigating and how do we deal with this horrible new reality.

“Then we went through a phase of looking at how we regulate and change banking so this doesn’t happen again and now it’s really interesting. I think it’s emerging from all that regulation in place.”

The second reason is the continuing concerns about the culture of banking recently highlighted by the Wells Fargo’s scam accounts scandal.

“We still have some loss-making banks,” says Watts. “We still have major questions over whether the banking sector is serving society. And you’ve got people like Adair Turner and Mark Carney saying that banking is socially useless.

“I think it’s a really interesting time to come back and have the platform to say ‘a lot needs to change’ and we want to be a reference point for how banking should be done differently.”

Triodos Bank, which has €12bn assets under management, was founded in the 1980s in the Netherlands and it operates in five other European countries – Spain, Belgium, Germany and the UK where it does retail banking and lending, and France where it does solely lending. It only loans to projects that can demonstrate positive, social, environmental or cultural impact.It also has a number of funds ranging from a Sustainable Equity Fund which invests in large cap companies, microfinance funds and a culture fund that invests in theatres, cinemas and museums.

“I want to take social banking to a different scale”

The UK division has a corporate finance team that does capital raising, including through burgeoning charity bonds or social bonds and social impact bonds.

Watts sees its work in this area as growing — predicting big opportunities in social impact bonds and the charity bond space. He has the advantage of seeing the world from both sides through his charity CEO role with the Avon Wildlife Trust conservation charity, where he turned around a declining membership.

“I hope I bring a refreshing approach. I am always thinking about what we are doing as a bank to have a real impact on ESG issues and having some inside knowledge of some sectors we lend to through my background is quite a unique thing.”

Watts also has plans to expand its retail business. “Mid-2017 we plan to launch a personal current account in the UK,” he says.

“Our market research would echo changing the demographic of our customers and broadening it more, and the millennial generation is perhaps more open minded.

“We want to take it to the masses and talk to people about money [and] inspire people to think about what impact their money is having and that it aligns with their values and what they want to see in a healthy and sustainable society.

“That’s what I want to do. Try and take social banking to a different scale.”