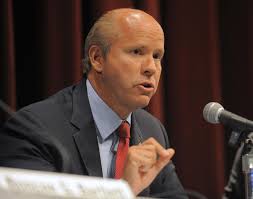 The bill proposed that the federal government would establish desired outcomes to pressing social challenges, such as increasing adoption rates of teenagers in foster care. State and municipal governments would then submit proposals to work towards these outcomes.

The US Treasury would set aside $300m to pay for positive outcomes of state projects to private investors, fund feasibility studies and evaluate the projects. The bill has been re-filed this year in Congress and has been bolstered by a bi-partisan companion bill in the Senate – meaning there will be two bills simultaneously considered in both houses. If both measures move forward quickly in their respective chambers, then the chance the bills will be passed becomes greater. With bipartisan support in the House and Senate, the social impact bond legislation has a chance of success.

Social impact bonds seem to already be getting support at a federal level. The City of Chicago has implemented a social impact bond scheme, which raised $17m (€14.9m) from private investors, to support pre-kindergarten kids as part of its new early childhood education programme overhauled by Mayor Rahm Emanuel, President Obama’s former Chief of Staff.

Under regulations in 2011 by the Obama Administration there was a review of early education providers and cities had to re-compete for federal funding. Chicago was recently awarded $600m (€526.5m) over the next five years on the strength of its programme, where SIBs are integral, while peer cites such as New York and Los Angeles have to re-tender. But it has not all been plain sailing for SIBs in the US: they have come under strong union opposition. Most recently, mayoral candidate Jesus “Chuy” Garcia, challenged Chicago’s SIB project saying the return to investors, including Goldman Sachs and Northern Trust, was too high.

_RI speaks to Congressman John Delaney, a Democrat from Maryland, who is co-sponsor of the bill alongside Republican Congressman Todd Young, about SIBs, support from the White House and investor interest._*RI: How did you get support in the Senate for the legislation?*

Delaney: Senator [Michael] Bennet and Senator [Orrin] Hatch introduced the companion bill. I have been talking to them. Mr. Bennet and I have worked together on many things. As for Mr. Hatch he represents the state of Utah that is very involved in impact investment-type projects (James Lee Sorenson, one of Utah’s richest entrepreneurs, donated $13m to the University of Utah to create a centre for impact investing now called the Sorenson Global Impact Investing Center). It’s important to him. He represents Salt Lake City that has a focus on early childhood education and putting interventions in place that would save money. (The Salt Lake City early childhood education SIB was announced in 2013, with backing from Goldman Sachs.)

They have been very supportive of our initiative. There is the Office on Social Innovation run by Jonathan Greenblatt (Special assistant to President Obama who worked on Bill Clinton’s first successful Presidential campaign in 1992). They are very forward leading on these initiatives and have been very supportive of the bill and been in touch. They have convened events at the White House in which we have participated.

This bill is bi-partisan in both houses. Does this bolster the chance of its success?

This is a bi-partisan issue. There are things in the legislation that appeal to conservatives. It’s about being fiscally responsible. Social impact bonds use government resources in a conservative way by partnering with the private sector. It’s using government resources for results. Democrats will like it as it is attacking the most important social issues for the progressive movement.

It’s to for pay-for-results feasibility studies and success payments.

What types of investors are interested in social impact bonds the US?

We’ve done research and there is a movement amongst philanthropists to embrace this, as more people want to make sure their money is well spent and innovation is deployed in the public sector like the private sector. There are emerging philanthropist investors who want outcomes, data, results… For example Steven Case, the founder of AOL, is interested in the issue. He is an active philanthropist. I’ve met with traditional financial institutions that are setting up platforms for private clients who want help with philanthropy and are interested in the impact investment sector. They like programmes with accountability so they open up their pocket book. And the federal government in general are starting to appreciate the return on investment it makes. Spending $600m is more fiscally conservative than a $500m government–funded programme. You get twice the results from pay-for-success (the US term for SIBs). It’s a simple concept from the private sector. Alongside this there is a movement among non-profits and states in the US to be funded by federal government under a federal framework. At the moment there is no incentive in partnering, this is what this bill does.What is the next step once the bill is filed?

I’m confident we’ll get action on this bill in this Congress. We are building a stakeholder base, including outside groups such as philanthropists and local government. A strong coalition of bi-partisan supporters is really significant.

There has been union opposition to social impact bonds. What are your views on this?

An establishment is threatened when any stuff is new. So when entrenched government types views us shaking things up, it leads to suspicion. It tends to be self-interest and they are not looking at the facts.

Congressman John Delaney represents Maryland’s 6th district and is the only former CEO of a publicly traded company in the House of Representatives.