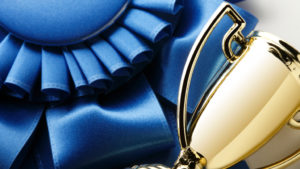 RI journalists have bagged a number of accolades at this week’s State Street Institutional Press Awards, including Outstanding Contribution to Institutional Journalism and ESG Journalist of the Year.

The awards, which were announced yesterday, acknowledged RI’s Co-Founder and Joint Managing Director, Hugh Wheelan, for his Outstanding Contribution to Institutional Journalism. Wheelan set up Responsible Investor in 2007 along with RI's other Co-Founder and Joint Managing Director, Tony Hay, and continues to write for the title alongside his broader role.

Ella Milburn – who left RI last month to pursue freelance opportunities and help set up a community food growing initiative in London – won ESG Journalist of the Year at the awards, for her RI work on the investor response to the Brazilian Brumadinho mining disaster. RI’s Senior Reporter Carlos Tornero won the award in 2019 –  its debut year – for his coverage of BAE Systems’ annual general meeting.

This year, Tornero, who has won three other titles at the State Street Awards in recent years, was shortlisted for Best Business Market Commentary for his opinion piece on the Business Roundtable and the implications for shareholder value.

Meanwhile, fellow Senior Reporter Vibeka Mair was shortlisted for Journalist of the Year – Passive investment / Indexing (including ETFs), for her reporting on UBS. The article focused on a complaint made to the OECD about the Swiss bank’s links to controversial surveillance firm Hikvision, which is accused of playing a key role in the detention of the Uighur Muslim population in Western China.

Paul Hodgson, RI’s longstanding US-based contributor, was shortlisted for Best Editorial Comment at this year’s awards for his piece on workers' rights.

“We couldn’t be prouder of the team for continuing to cut through the deafening noise around ESG and sustainable finance to find the real stories,” said RI Editor, Sophie Robinson-Tillett. “The events of 2020 have been a stark reminder of the importance of high quality journalism on all topics, so congratulations and thanks to all the winners and runners up at this year’s awards, not just those who write for RI.”