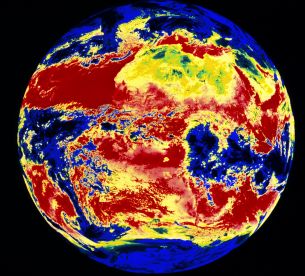 Institutional asset owners, mostly pension funds and investment foundations, managing over $1.5 trillion in assets say they plan to increase their commitment to responsible investment by $137bn before the end of 2010, according to responses to the first RI Landscape 2008 Asset Owners survey – download PDF.
The 73 asset owners who responded to the survey say they currently manage $1.24 trillion assets in adherence to responsible investment criteria, a figure they predict to rise to $1.38 trillion. The numbers underline the increasing shift to responsible investment by the world’s biggest institutions, mirroring the success of initiatives such as the UN Principle for Responsible Investment, which has signatories, including fund managers, representing more than $13 trillion.
The RI Landscape 2008 Asset Owners survey, run jointly by Responsible Investor and IPE magazine, is one of the widest ever direct global surveys of institutional investors. Among the major findings of the survey is that the preferred RI approach of asset owners currently (46%) is to engage for change with the companies they invest in. However, the survey reveals that funds not investing in RI today are likely to opt for specialist ‘themed’ investment funds such as renewable energy and clean technology, a future strategy highlighted by 53%.On the key question of investment performance, 47% of investors already committed to responsible investment strategies said their choice had made a positive impact on returns, while 43% said it was too early to say. Only 6% said they expected returns to suffer.
Significantly, the report reveals that 34% of respondents do not yet have an active policy of voting their shares.
Interestingly, respondents also say they believe that external pressures such as the media will be the biggest driver of the need for investors to consider responsible investment strategies in the future.
The RI Landscape Asset Owners 2008 report includes discussion from a high-level round table of pension funds and asset managers. The pension funds include PGGM, which manages over €88bn in assets for the Dutch healthcare pension fund Zorg en Welzijn, ERAFP, the €8.4bn French public service supplementary pension scheme, PensPlan, the €500m pension services provider of the semi-autonomous Trentino Alto Adige region in northern Italy, and the UK Pensions Protection Fund.
The second part of the RI Landscape 2008 survey, asking asset managers about the integration of environmental, social and governance issues into investment practices, will be published in June.
Download the report PDF here >>