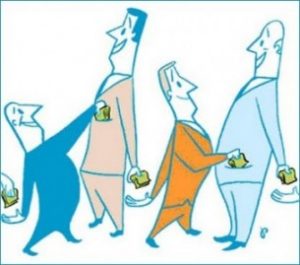 James Madison, the fourth President of the United States, once opined, “wherever there is an interest and power to do wrong, wrong will generally be done, and not less readily by a powerful and interested party than by a powerful and interested prince.” Unfortunately, his concern about the inevitability of cross-class corruption in our then newly formed nation has proven accurate and prescient. Loss of trust and faith in our political leaders is evident in the results of respected polls. For instance, a recent Gallup Poll (1) demonstrates an overall congressional approval rating of 14%. This degree of dissatisfaction no doubt results from public sentiment expressed in responses to a Rasmussen Poll (2) conducted in 2012, which found that 68% of voters, “believe government and big business work together against the rest of us” and a Transparency International (3) survey, which found that 72% of Americans feel that both the governments’ efforts to fight corruption are ineffective and that from 2007 – 2010 the level of government corruption increased. Capturing the publics’ standpoint more precisely is an October 2, 2014 Rasmussen Poll (4), which revealed that 63% of voters think most members of Congress are willing to sell their vote for either cash or a campaign contribution, and 59% think it’s likely their own representative already has!
The pernicious, mutually beneficial financial relationship between Corporate America and Congress that perpetuates “business as usual” and political gridlock is referred to as crony capitalism. More formally, the Financial Times (5) defines crony capitalism as: an often inefficient and corrupt system of business in which family and friends are favoured for government or company contracts, even if better candidates are available.” Investopedia (6) adds an element of the implications thereof with its definition: [a] description of capitalist society as being based on the close relationships between businessmen and the state. Instead of success being determined by a free market and the rule of law, the success of a business is dependent on the favoritism that is shown to it by the ruling government in the form of tax breaks, government grants and other incentives.”The quid pro quo nature of the relationships referred to above and the immense mutual financial benefits that accrue from them are well documented, such as in this chart (7) that depicts the most popular congressional investments and this list (8) of industry donations to members of congress. As a result of unbridled freedoms granted to corporations in the Citizens’ United decision, the amount of the latter has ballooned. In fact, the figure for the recent US mid-term elections exceeded $4,000,000,000.00; an unprecedented sum. Accounts of these bed fellowships offer detailed expositions of financial windfalls that result. Peter Schweizer’s latest contribution to the subject is, “Extortion: How Politicians Extract Your Money, Buy Votes and Line Their Own Pockets.” While in a broader economic sense, “The Price of Inequality: How Today’s Divided Society Endangers Our Future, by Joseph Stiglitz, David Stockman’s “The Great Deformation: The Corruption of Capitalism in America,” and Robert Monk’s “Corporacy” are three additional, well documented sources of information that delve into the ill-effects of crony capitalism. Two daily accounts of the financial misdeeds of crony capitalists in the form of compendiums of news articles, reports, and links to relevant sites, one may visit are http://www.againstcronycapitalism.org/ and https://www.opensecrets.org
The so-called revolving door between government and business is also among the primary drivers of the establishment and maintenance of these relationships. The prevalence and extent of the bi-partisan and cross-industry nature of this upper-echelon employment exchange is here illustrated (9).
Adding to the work of the above referenced men and watchdog NGOs, which establishes that crony capitalism is an institutionalized aspect of “the system” is the rare, and ironic, acknowledgement of its ill effects by a notorious offender. No less than Charles Koch (10) penned an editorial for The Wall Street Journal entitled, “Charles G. Koch: Corporate Cronyism Harms America,” from which the following quote is drawn, “[The] growing partnership between business and government is a destructive force, undermining not just our economy and our political system, but the very foundations of our culture.”

As one might expect, Mr. Koch goes on to offer reasoning for reducing governments’ role in business altogether. Although I’ll leave that argument for another article, it is worthy of note that the previously mentioned Gallup poll has 22% of respondents saying the best way improve Congress is to start over entirely, that is, all members should be fired or replaced.
As the adverse effects Mr. Koch refers to apply to investors, here are some of the high level, relevant, associated fallouts from the financial shenanigans that go on between business and politics:

As if the raft of issues institutional investors must contend with isn’t already close enough to its carrying capacity, accounting as they must for not easily quantified risks such as the effects of climate change, resource scarcity, human rights issues in supply chains, etc., one may conclude: “you’re gonna need a bigger boat.” These issues, however, are largely downstream from the headwaters wherein they were created, i.e. among corporate leadership. Ensuring that investments are restricted to companies that are governed and operated sustainably will decrease the chances of investors finding themselves underwater by reducing the volatility of the rapids that must be navigated.

Robert Schwarz is an MBA and MS holding Associate at Preventable Surprises.