Jérôme Tagger, the founding Chief Operating Officer of the Principles for Responsible Investment (PRI), has been named CEO of Preventable Surprises, the think tank that focuses on systemic environmental, social and governance (ESG) risks in the financial sector. Tagger was a Director at the Global Impact Investing Network, Head of Research at Eurosif and Chief Revenue Officer at ImpactAlpha. He most recently advised the UN Environment Programme Finance Initiative’s Positive Impact Initiative and the World Benchmarking Alliance. Independent pension consultant Mike Musuraca takes over as chair from founder Raj Thamotheram, the former ESG advisor at AXA Investment Managers and the Universities Superannuation Scheme. Musuraca is a former trustee of the New York City Employees Retirement System (NYCERS) and a Managing Director at Blue Wolf Capital Management.

Eurosif, the European sustainable investment membership organisation, has advertised for an Executive Director to lead the organisation. The Brussels-based body is seeking candidates with experience “growing a small organisation rapidly” and fundraising from a variety of sources including EU bodies. Eurosif has recently concluded a strategic review of its mandate, a process initiated earlier this year and overseen by former French SIF Chair Thierry Philipponnat. Eurosif has been without a permanent head since the departure of Flavia Micilotta in January this year.

Jean Rogers, Founder and former Chief Executive of standard setting body Sustainable Accounting Standards Board (SASB), has been tapped by the Long-Term Stock Exchange (LTSE), the newest listed US exchange which this year received SEC approval. Rogers will serve as the exchange’s Chief Resilience Officer. Investors in LTSE-listed firms will be granted more voting power the longer they hold shares among other new features, which also include enhanced disclosure requirements.

Stephen Mann has been appointed CEO of the Institute and Faculty of Actuaries (IFoA), the international professional body for actuaries. He replaces current CEO Derek Cribb who is due to step down at the end of the year after nearly 10 years in the role. Mann, a qualified lawyer, was formerly the CEO of the Police Mutual Group, a financial services provider for serving and retired members of the UK police and military. 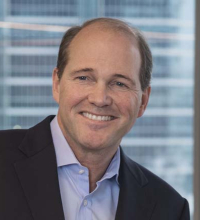 Egil Matsen, one of two deputy governors of Norway’s Norges Bank and the government official in charge of the country’s trillion-dollar sovereign wealth fund, is to step down before his term ends in November 2021. Matsen, a former economics professor, said: “I have now decided that I would prefer to spend more of my time with my family in Trondheim”. The date of his departure will be agreed with the Ministry of Finance.

Amara Goeree has set up Blue Phoenix, an ESG consultancy, which supports investors, service providers and other “stakeholders in the investment value chain”. Goeree held senior ESG-related roles such as leading the Dow Jones Sustainability Index rating process at RobecoSAM and heading Corporate Sustainability and Responsible Investment at Julius Baer. 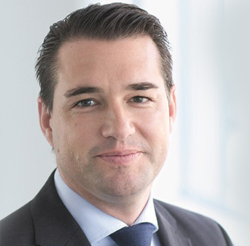 Philipp Good, Co-CEO at Fisch Asset Management, has left the Swiss based manager by mutual consent after two years in the role. His Co-CEO Juerg Sturzenegger will continue as sole CEO of the firm, which became a Principles for Responsible Investment (PRI) signatory in 2015.

Josephine Jackson, Technical Director for Audit Policy at the UK’s Financial Reporting Council’s (FRC), has been appointed to the International Auditing and Assurance Standards Board (IAASB), the body that issues the International Standards on Auditing (ISAs). Her appointment will commence from January 2020 and will be for an initial term of three years.

United Nations Environment Programme Finance Institute (UNEP FI) is looking for a Sustainable Banking Expert to join its Swiss based team. Working within the banking team, the role will oversee the review process for the recently launched Principles for Responsible Banking.