Sabine Lochmann, the CEO of Vigeo Eiris, has been appointed the company’s President alongside her existing role. Her predecessor, former CEO Nicole Notat, will continue to serve as President of the company’s Board of Directors. The move is part of a bigger reshuffle of the Executive Committee of the Moody’s-owned ESG research house. Elise Attal has left also her role as Institutional Affairs Manager at Vigeo Eiris to join the Policy Team at the PRI.

Jeanne Stampe has stepped down as head of WWF Asia’s sustainable finance programme to spend more time with her family, she has confirmed. Stampe, who was based in Singapore, is a well-known sustainability champion in the region and founded the Asia Sustainable Finance Initiative (ASFI), a WWF-backed platform, in 2019.

Mahmoud Mohieldin has become the UN’s Special Envoy for scaling up sustainable finance. Formerly the World Bank Senior Vice President responsible for the SDGs, Mohieldin will coordinate UN agencies, development partners and the private sector to address barriers to delivering the SDGs by the UN’s 2030 deadline. 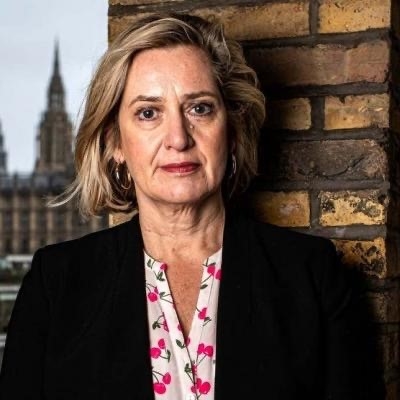 Amber Rudd, the former UK Secretary of State for Energy and Climate Change, has been named a trustee of environmental non-profit The Climate Group which brings together businesses and policymakers to accelerate climate action. The Group’s projects include the RE100, EV100 and EP100 initiatives, which focus on increasing corporate demand for renewables, electric vehicles and energy efficient solutions respectively.

Phillip Dunne, a UK Conservative MP, has been elected Chair of the Environmental Audit Committee, an influential select committee within the UK Parliament which scrutinises the environmental performance of government departments and other public bodies.

Ingrid Kukuljan has been named Head of Impact Investment at the newly-rebranded Federated Hermes. Kukujan, who joins from New York merchant bank PDM Capital, was previously at Jupiter Asset Management where she co-managed the Global Managed Fund and Jupiter’s flagship emerging markets fund. She is joined at Federated Hermes by Caroline Cantor, formerly of Columbia Threadneedle Investments, who will serve as client-facing representative for the Hermes Impact Opportunities Fund.

Cliff Prior has been named incoming CEO of the Global Steering Group for Impact Investment (GSG), a network of 32 national advisory boards which seeks to catalyse impact investing. He will take up the position in March when current CEO Amit Bhatia is steps down. Prior is currently CEO of government-supported social investment institution Big Society Capital.

Professor Patrick Bolton is the new Research Director for the Imperial College Centre for Climate Finance & Investment, which aims to leverage capital markets to address climate change. According to the Centre, Professor Bolton is “pioneer in the development of climate finance” with previous stints at Harvard University, the International Monetary Fund and Columbia Law School.