Norges Bank Investment Management, which manages Norway’s Government Pension Fund Global, is looking for a Managing Director / CEO, a five year role with a possible five-year extension. Current CEO Yngve Slyngstad, who announced he would resign in October last year, will stay in the role until a replacement is found. NBIM is considered a global leader on governance and stewardship issues.

Former UK MP Claire Perry O’Neill has been dismissed as COP26 President, six months into the role. She is to be replaced by a serving minister shortly, according to the Cabinet Office, as she reportedly looks into suing the government over the dismissal.

Australia’s Impact Investment Group has named Jeremy Burke as one of the fund managers of a new Western Australia Impact Fund, along with Amanda Goodman. Burke has been with the group for two years before which he spent nearly five years at the UK Green Investment Bank. The new fund received A$20m from WA Super last year to invest in socially and environmentally impactful projects in Western Australia. 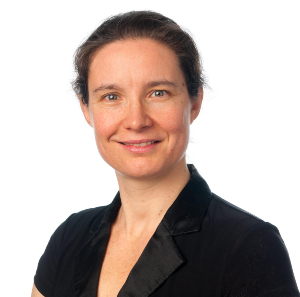 Tatiana Bosteels has joined the European Investment Bank as a Senior Sector Economist for Energy Transition, moving from her Hermes Real Estate role as Head of Responsible Property Investment. Bosteels has also recently left her roles as board member at the Institutional Investors Group on Climate Change and co-chair of the UNEP FI Investment Committee.

The Climate Policy Initiative (CPI) has named Barbara Buchner as Global Managing Director, a role she takes on alongside her position as Executive Director of the initiative’s climate finance division. A PhD Economist, Buchner has been recognised as one of the 20 most influential women in climate change and one of the 100 most influential people in climate policy. She joined CPI in 2010.

MSCI has appointed Man Group’s CIO Sandy Rattray, and Bowdoin College’s CIO Paula Volent as independent directors, effective from February 26. The addition takes the board from 10 to 12 members. 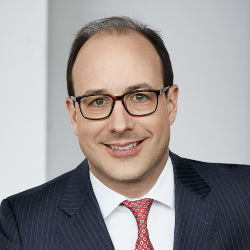 Canadian pension fund Caisse de dépôt et placement du Québec (CDPQ) has appointed Charles Émond as President and CEO. Charles Émond is currently Executive Vice-President, Québec, Private Equity and Strategic Planning at CDPQ, which he joined in February 2019 after nearly 20 years at Scotia Bank. CDPQ is one of the advisors to the Canadian government on sustainable finance.

Pimco’s Sandra Cafazzo has joined RobecoSAM, the Dutch sustainability boutique, as Head of Sales for Switzerland and executive board member, as part of the firm’s push into the country.

Nicky Black, Director of Social and Economic Development at mining industry trade group the International Council on Mining and Metals (ICMM), has completed her term as Network Chair of the UN Global Compact Network UK. She hands over to Dr Márcia Balisciano, Corporate Responsibility Director at publishing company RELX.

Allyson McDonald has joined Boston Common Asset Management in a newly-created CEO role after an “exhaustive search”. McDonald co-founded the PaxEllevate Global Women’s Leadership Fund and has worked as an ESG consultant to Calvert and Trillium. 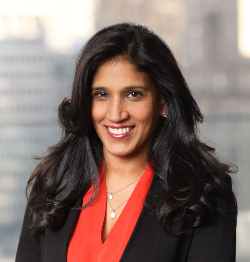 Radhika Shroff has joined Nuveen, the US fund manager owned by TIAA, as Impact Investing Managing Director, a role that will see her managing private equity investments in areas like inclusive growth and resource efficiency. She joins from Accion Global Investments, where she was Deputy CIO. Nuveen recently appointed David Haddad as co-head of impact investing in November 2019.

Kempen has launched a renewable energy equities research team, comprised of Equity Analysts Charles Maynadier, Juri Zanieri and Stuart Gillies. The team will offer a new range of “dedicated, high-quality equity research on companies and funds in the renewable energy sector”, with Greencoat UK Wind, Greencoat Renewables, NextEnergy Solar and Bluefield Solar billed as the first companies to be analysed.