Marjolein de Jongh has been named Managing Director of Strategy & Change at Dutch pension administrator APG Groep, reporting to executive board member Francine van Dierendonck. APG said she has extensive experience of large-scale strategy projects and transformations in the banking sector, having worked for Royal Bank of Scotland, ING and Standard Chartered Bank over the past 15 years. Before that she worked at the Dutch central government in various strategic policy positions. Her last role was Global Head of Trade Transformation at HSBC.

Mark Carney, the outgoing Bank of England governor, has been appointed Finance Adviser for COP26, the UN climate change conference to be hosted in Glasgow later this year. The appointment, made by UK Prime Minister Boris Johnson, will see Carney focus on “mobilising ambitious action from across the financial system needed to help achieve the 1.5°C goal of the Paris Agreement” and supporting the transition to a net zero economy.

David Atkin, chief executive of Cbus, is stepping down after 12 years heading up the Australian building and construction industry superannuation fund. Under Atkin, who has been called a champion of responsible investment, the fund grew from A$12bn (€7bn at current rates) to A$56.5bn. Atkin is expected to leave mid-2020, staying on at the helm while the fund seeks his replacement, and has said he plans to “explore other opportunities”. 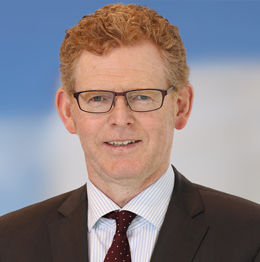 Gerry CrossGerry Cross has been named the new executive director of the European Banking Authority, moving from the Central Bank of Ireland, where he is Director of Financial Regulation – Policy and Risk. Cross, the point person at the Irish central bank on ESG issues, will be invited by the European Parliament's Committee on Economic and Monetary Affairs (ECON) to a public hearing and appointed for a renewable five-year term after confirmation by the European Parliament.

Dame Ellen MacArthur, the renowned solo sailor who now champions the circular economy through the work of her own foundation, has joined the board at the Platform for Accelerating the Circular Economy (PACE). Launched in 2018 at the World Economic Forum, PACE is an initiative to drive public-private action on the circular economy. Also sitting on the board is the World Resources Institute’s Andrew Steer and UNEP’s Inger Andersen.

Man Group has named Robert Furdak as its first ever Chief Investment Officer for ESG, leading the firm’s RI initiatives and reporting to CIO Sandy Rattray. His responsibilities will also include working with external asset owners to help them develop and analyse ESG policy and implement solutions, advancing Man Group’s stewardship and corporate engagement efforts and playing an active role in promoting RI and ESG across the industry. He will also chair Man Group’s Responsible Investment Committee. Furdak formerly served as co-CIO of Man Numeric, the firm’s quant investment business, when he led the development of its proprietary ESG model and drove the integration of ESG across its investment strategies 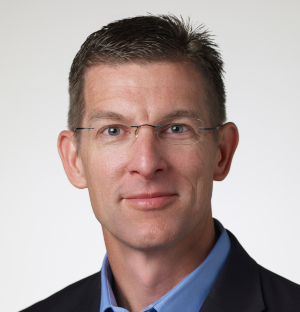 Dane ParkerUS automaker General Motors has appointed its first Chief Sustainability Officer, Dane Parker, to chart the firm's path toward a zero-emissions future. Parker, who is currently Vice President of Sustainable Workplaces, begins his expanded role at the beginning of February.

Sir Steve Webb, the former Pensions Minister, is joining investment consultant  Lane Clark & Peacock (LCP) as a Partner, “working closely on the firm’s client service offering to help adapt it for the future in the context of an ever-evolving regulatory environment”. He joins from Royal London, where he has been Policy Director since 2015.

Mark Barry, who was formerly Director of Sustainable Business at Marks and Spencer, has become a Trustee at A Blueprint for Better Business, the London-based charity dedicated to making business run for purpose not profit.

Andrew Major has been appointed Chief Risk and Compliance Officer at A$53bn Australian superannuation fund HESTA, moving from his previous role as General Manager – Unlisted Assets. Major also chairs the Australian Investment Council and represents HESTA on several Fund Advisory Boards, and has recently served as a director of the Climate Bonds Standards Board and as co-chair of the Principles for Responsible Investment’s Infrastructure Advisory Committee.

Timo Viherkenttä is leaving his role as CEO at the €20bn State Pension Fund of Finland – Valtion Eläkerahasto Steve Varley(VER) – handing over to the returning former Managing Director Timo Löyttyniemi. Viherkenttä will take on a teaching and research post at Aalto University.

The US Forum for Sustainable and Responsible Investment (US SIF) is looking for a Chief Operating Officer. Reporting to the CEO, the COO will sit on the senior management team and supervise the Operations team. The position is based in Washington, DC.

The Interfaith Center on Corporate Responsibility, the US-based faith investment body, has named four new officers to the Executive Committee of its Governing Board: Frank Sherman joins as Board Chair, Rabbi Rachel Kahn-Troster becomes Vice Chair, Rob Fohr is Secretary, and Jeff Perkins is Treasurer.