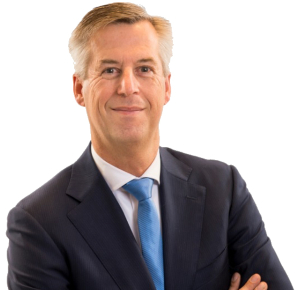 Pieter Jongstra has been elected as the new chairman of the Supervisory Board of APG Group, the €534bn Dutch pension asset manager. He succeeds Jaap van Manen, who resigned as chairman on January 1. Jongstra , who worked at professional services giant EY for large parts of his career, has been a member of the APG Supervisory Board since 2015.

Justin Sloggett has left the Principles for Responsible Investment (PRI) to become Director, Sustainable Finance at Fitch Ratings. Sloggett had been Head of ESG Investment Research since March 2019, before which he was Head of Public Markets.

Mark Machin, CEO of the Canada Pension Plan Investment Board (CPPIB), has been appointed Board Chair of FCLTGlobal, the not-for-profit body focused on long-termism, having been on the board since the organisation’s founding in 2016. 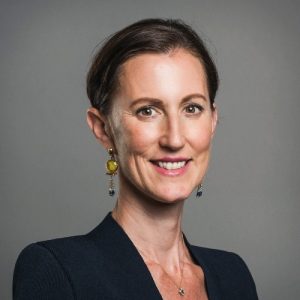 Talieh Williams has been appointed Head of Investment Stewardship at the Victorian Funds Management Corporation (VFMC) – a provider of asset management services for public authorities in the Australian state of Victoria. Williams was Manager of Governance and Sustainable Investment at UniSuper for more than ten years, and has also been a non-executive director for the Responsible Investment Association Australasia and the Australian Council of Superannuation Investors. She is currently on the Australian Sustainable Finance Initiative’s Sustainable financial system technical working group.

Glass Lewis has promoted Naoko Ueno to the role of Vice President, Research and Engagement, giving her responsibility for establishing the governance advisory firm’s new Tokyo office. Ueno will continue to oversee the Asian Research team, which she has led for the past six years.

Jamila Jeffcoate is joining the International Securities Lending Association (ISLA) as Head of Finance & Administration/Chief of Staff, the first in a series of “key hires” for the body in 2020. Jeffcoate has working in the securities lending industry for more than 20 years and has held senior positions at Deutsche Bank and State Street.

Nigel Topping has been appointed by the UK government as the High-Level Climate Champion for the upcoming COP26 UN climate talks, due to be held in Glasgow at the end of the year. Until last year, Topping was CEO of the We Mean Business coalition which supports collaboration between NGOs and corporates; prior to that he was Executive Director at environmental disclosure body CDP. In the context of COP, Champions are responsible to connect national-level policies to voluntary and collaborative actions “by cities, regions, businesses and investors”.

Aviva’s board has started a search for its next Chairman, after it was announced that Adrian Montague is to step down from his role. Montague was appointed Chairman in 2015, having joined as Non-Executive Director in January 2013.

Nathalia Barazal will be CEO of Lombard Odier Investment Managers from 2023, replacing Huber Keller. Barazal is currently Head of Convertible Bonds and Fixed Income, and will continue to serve in that position during the transition period. Keller, meanwhile, will succeed Patrick Odier as senior managing partner of the Lombard Odier Group.

Also at LOIM, Rebeca Coriat has started a new position as Head of Stewardship. She had been an ESG Analyst at Investec Asset Management since December 2016, before which she worked at Institutional Shareholder Services (ISS) and Governance for Owners and PIRC. 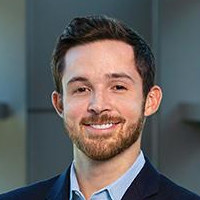 John R Tyson, a member of US meat producer Tyson Foods’ founding family, is looking to form a sustainability coalition looking at issues like resource conservation and food waste in the meat industry. Tyson, who is the firm’s Chief Sustainability Officer, hosted the Coalition for Global Protein’s first meeting last week at the World Economic Forum in Davos.

Pam Wheelock is taking up the role of interim president at Minneapolis-based philanthropic organisation the McKnight Foundation. Wheelock, who joins following a career spanning the public, private, and philanthropic sectors, will remain in the role while McKnight conducts a national search for a new president.

Rob Hall has been promoted to Deputy CIO at London Collective Investment Vehicle (LCIV), one of the UK’s local authority pension pools. Hall joined the LCIV investment team in 2017, where he worked in Global Equities and developing investment capabilities, before which he held senior roles at Lloyds and Standard Life Investments. LCIV has also started its search for a permanent CIO.

Dame Kate Barker is to become Chair of the UK’s Universities Superannuation Scheme, the country’s largest private pension scheme. Her career has included being Chief Economic Adviser to employers’ group the Confederation of British Industry and member of the Bank of England’s Monetary Policy Committee, as well as work with higher education institutions. She will take over from Sir David Eastwood later this year.

The UNEP Finance Initiative is looking for a part-time consultant to manage the TCFD Pilot Project for the Principles for Sustainable Insurance Initiative (PSI). The consultant, to work at 80% time availability, will be project manager and focal point for activities related to building scenarios and analytical approaches for (re)insurers to assess climate-related risks and opportunities.

The Church Commissioners are recruiting an ESG analyst to join their RI team and support engagement and impact work.