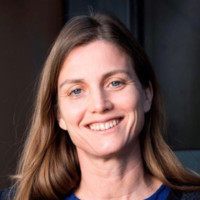 Sandrine Lemery has been named president of the supervisory board of the Fonds de Réserve pour les Retraites (FRR), the €32.65bn French state pension fund with a strong responsible investment stance. From 2015 to 2018, Lemery was First Deputy Secretary General of the Autorité de contrôle prudential et de résolution (ACPR), the prudential supervisory authority for banks and insurers set up in 2010 following the global financial crisis. The post, awarded by government decree, was held on an interim basis by Jean-Louis Beffa, the chair of industrial group Saint Gobain.

Adena Friedman, CEO and President of Nasdaq, and David Neal, CEO of the A$162bn ($112bn) Future Fund, an Australian sovereign wealth fund, have been appointed to the board of FCLTGlobal, a membership body advocating long-term investing. FCLTGlobal also confirmed the resignation of Chair and founding member Mark Wiseman from the board. Wiseman, formerly President and CEO of the Canada Pension Plan Investment Board (CPPIB), left BlackRock in December after an undisclosed relationship with a subordinate came to light. In addition to its board of directors – which includes the CEOs of Nuveen, Schroders and EY – FCLTGlobal is advised by a team “global executives” which include BlackRock’s Larry Fink, Dutch central bank senior executive and former PGGM CEO Else Bos and Lady Lynn Forester de Rothschild.

Robin Edme has joined Cerema, a French public body involved in the areas of ecological, sustainable and resilient transition, mostly at local and regional level. Since 2011, Edme has served as a sustainable finance expert adviser for the French government and was its representative to the European Commission’s High Level Expert Group on Sustainable Finance (HLEG) from 2016 to 2018.

Laura Chappell has been appointed CEO of UK local authority pension pool Brunel Pensions Partnership (BPP), having taken on the role temporarily following the resignation of Dawn Turner in July. She was formerly Chief Compliance and Risk Officer (CCRO) at the £30bn (€23.5bn) body. Commenting on the appointment, Brunel chair Denise Le Gal said that Chappell “had the best fit we were seeking” due to her background in risk management.

Xavier Rolet and Mark Makepeace, the former Chief Executives of the London Stock Exchange and FTSE Russell, have been named to the board of Saudi stock exchange Tadawul. The former LSE colleagues are the only foreign appointees on the exchange’s nine-man board. Makepeace, who left FTSE Russell last year, oversaw the launch of FTSE4Good, the index provider’s first socially responsible product suite in 2001.

Sascha Stallberg has been named to the Emerging Market Debt team at Nordea Asset Management, as part of a wider move to build “a diversified team in terms of backgrounds, education, age and gender” according to team leader Thede Ruest. Stallberg, formerly a fund manager with Union Investment, joins as an ESG and corporate analyst. In addition, Witold Bahrke and Line Elvstrøm Ekner have joined the team from the wider Nordea organisation as a macro strategist and data scientist respectively.

Raymond de Kuiper, acting CIO at Dutch sustainability specialists Actiam, has left the firm less than two months after the resignation of former CEO Hans van Houwelingen. De Kuiper was previously Actiam’s Head of Insurance Clients before taking on the role in 2018 after the departure of Arnold Gast who served as CIO for less than a year. The firm is reportedly deciding whether to reassign CIO responsibilities or recruit a successor.

Fabio Panetta and Isabel Schnabel have been appointed to the Executive Board of the European Central Bank (ECB) as of January 1, 2020. Schnabel, a Professor of Financial Economics at the University of Bonn, has been vocal in her opposition against using central bank bond purchasing programs to target green assets, while Panetta is a veteran central banker, currently second in command at the Italian central bank. Board members – which consists of the President, Vice President and four other members – are appointed to non-renewable 8-year terms.

Sir Fazle Hasan Abed, a renowned humanitarian, has died according to a eulogy posted online by the Global Alliance for Banking on Values (GABV), a network of banks advocating a more sustainable and inclusive banking sector. Sir Fazle, a co-founder of GABV, is best known for founding the anti-poverty organisation Bangladesh Rehabilitation Assistance Committee (BRAC) in 1972, now the world’s largest charity with operations in Bangladesh and 10 other Asian and African countries.

Roelie van Wijk, Aegon Asset Management’s Global Head of Responsible Business and Public Affairs, has reportedly announced she will be stepping down from her role at the Dutch investor to focus on non-executive roles. Her responsibilities will be taken over by Brunno Maradei, Aegon’s global head of responsible investments. Van Wilk also will step down as Chair of the Dutch Fund and Asset Management Association (DUFAS), as of February.

WWF US, the US arm of the wilderness preservation non-profit group, is seeking a Senior Vice President to oversee its work on combating climate change. The successful candidate will be part of the organisation’s senior management team and is considered “chief communicator for WWF-US climate change work to the external world”. Responsibilities for the Washington-based role include setting the strategic direction for all climate change related work and being accountable for their delivery.