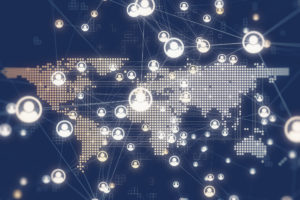 Former RobecoSAM co-CEO Marius Dorfmeister is to take on the same role at SUSI Partners, the Swiss infrastructure fund manager that specialises in sustainable investments, alongside Marco van Daele, Chief Investment Officer. They are taking over from company founder and CEO Tobias Reichmuth — who is to become Chairman of the Board of Directors, succeeding current Chairman Björn Bajan who becomes deputy chair. Dorfmeister, who recently joined SUSI as Global Head of Clients, left RobecoSAM in April this year around the same time as his co-CEO Daniel Wild, who left to join Credit Suisse. Announcement

Jordi Jofra will be succeeded by Ignacio Javier Hernández as President of the Trustee Board of Caixa Bank’s occupational pension plan. Jofra will remain involved with the board until January 2020. Caixa Bank’s Pensions Caixa 30 is Spain’s largest employee pension fund and a PRI signatory since November 2008.

Angela Wilkinson has succeeded Christoph Frei as the Secretary General and CEO of the World Energy Council, the 3,000-member body set up in 1923. She was previously Senior Director, Scenarios and Business Insights at the council and said she was “committed to moving the needle in accelerating successful energy transitions worldwide”.

Tim Balcon is stepping down as Chief Executive of the Institute of Environmental Management and Assessment (IEMA), an international membership body for environment and sustainability professionals, to care for an unwell family member. In the interim, Tony Robbins, current IEMA Operations Director, will lead the organisation. The organisation is yet to advertise for a permanent successor.

Alvise Munari will be promoted to Global Head of Client Coverage at MSCI from next year, reporting to MSCI President Baer Pettit who will take on the extra title of Chief Operating Officer. It comes ahead of the retirement of current COO and Chief Client Officer Laurent Seyer in February 2020.

Brian Reilly has been appointed to lead the newly-created Sustainable and Impact Banking Group at Barclays which will look to identify companies “focused on sustainability or social impact” and provide financing and strategic advice, while providing support to existing clients in the same areas. The new group will incorporate Barclay’s Social Impact Banking Initiative, launched in 2018. Reilly was previously Chairman of Global Equity Capital Markets.

Susanne Bolin Gärtner, the Head of Fund selection and ESG at Swedish insurance group Folksam is to join Danske Bank as Head of Manager and Fund Selection within its wealth management unit, a spokesperson confirmed. Gärtner follows in the steps of former Folksam CEO Jens Henriksson, who recently took the top job at Danske, which has been hit by a money laundering scandal. Folksam is the second largest shareholder of the Nordic bank.Franca Perin has announced the launch of Impactin, a Paris-based fintech company offering “ESG impact rating and investments analysis solutions”. Perin, the long-time ESG head of Italian manager Generali, is listed as a co-founder, along with Emanuela Morroni, an Account Manager at Hewlett Packard.

Patrick Bader has joined the French Banking Federation (FBF), the trade body for the French financial services sector, as Director of Climate. He joins from BNP Paribas, where he oversaw the CSR function within the Corporate & Institutional Banking (CIB) unit since 2009.

Joanne Matisonn, a “passionate and highly skilled” South African governance expert, has passed away according to a eulogy posted online by Corli le Roux, the former Head of Sustainability at the Johannesburg Stock Exchange. Matisonn, an experienced company secretary who served twice as a judge for the Chartered Secretaries Southern Africa Integrated Reporting Awards, ran an independent secretarial and governance consultancy, and provided independent trustee services to pension funds.

Kyle Loades and Sandi Orleow have been appointed independent board members at Australian local government employee superannuation fund, LGS Super. Loades will be the fund’s first independent Chair, while incumbent Bruce Miller remains on the Board as Deputy Chair.

Anders Nordheim is now based in Singapore as Vice President – Asia Sustainable Finance at the WWF. He previously oversaw the ecosystems thematic at UN Environment Finance Initiative (UNEP FI) as Programme Director, and was Head of Policy and Research at Eurosif and an Associate at proxy advisor ISS prior to that. UNEP FI is seeking a replacement for Nordheim, interested applicants can apply for the Geneva-based role here.

Shonaid Jemmett-Page has been appointed chair of listed renewables infrastructure fund Greencoat UK Wind, succeeding Tim Ingram who has held the role since the fund’s inception in 2012.

The Climate Bonds Initiative is seeking a London-based COO who will report directly to CEO Sean Kidney.