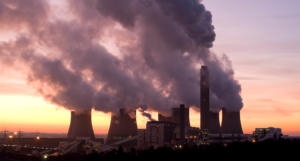 Currently, a third of Bangladesh is underwater due to intense flooding triggered by the effects of the climate crisis, according to experts. It has displaced millions of vulnerable and poor people, reiterating the fact that the people least at fault for causing climate change, will be the most affected. The country of Bangladesh is miles away from me in London, but the British Bangladeshi community isn’t. Some of my Bangladeshi friends read ‘Brown Girl Magazine’, an online community created by South Asian Women to tell their stories. That’s why when I was asked whether using the term ‘brown finance’ to refer to finance that contributes to climate change was racist, I agreed.

I doubt it was intentional, and understand that the term originated from ‘brown lignite coal’, one of the most polluting fossil fuels. But it was clumsy and not mindful to use a colour associated with people, especially people of colour, often most affected by the devastating effects of climate change. I’ve used the term ‘brown finance’ often in stories, but I will consciously stop reinforcing the term now.

But what colour can replace it? I like the use of colours as descriptors – they are fun and evoke emotion, and help to make what can be a complex subject such as climate change, interesting and accessible. Terms like ‘50 shades of green’ (describing different types of green finance) grab audiences.

But during a debate on this with work colleagues I realised other colours, even those not associated with race, have issues. Using the colour red, which is a universal symbol for danger, is apparently not liked by China (Red China is a colloquial term for the People’s Republic of China). I fear saying ‘grey finance’ could be associated with older people, and as intergenerational climate justice becomes more apparent, this is problematic too.

Here are some suggestions from other RI journalists about what could replace the term (and there is a colour included!). We’re asking you to nominate your preferred term, or propose your own. We’ll publish the results of the survey in coming weeks.

As well as the racial dimension, calling unsustainable assets 'brown' totally underestimates the risks associated with them. As a word, it's too cosy – the colour of chocolate. We are in a climate crisis and we should be on red alert. Which is why I'd argue unsustainable assets should be flashing ‘red’ on investors' dashboards.

It’s boring, but it gets straight to the point. And it can be applied not just to climate and carbon, but to other areas that are developing in sustainable finance, like biodiversity and labour rights. The only thing is that, to keep it meaningful, you’d need to have a clear objective: significantly harmful to what, exactly?

This clearly identifies what is being assessed, as opposed to broader labels like ‘harmful’, which could be referring to anything. It’s a well-understood and long-used expression that does not contain any loaded language – it does what is says on the tin.

It is an accurate, jargon-free term whose meaning is immediately apparent. As the financial sector eyes a more constructive role on climate change and sustainability, it is key that the language being used is not only inclusive but easily understood by all stakeholders. None of the alternatives in use today provides similar clarity to the uninitiated.

You can submit your response here.