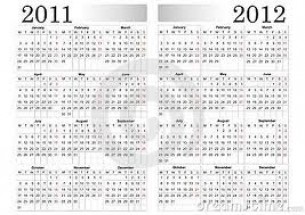 Prediction, as the Danish physicist Niels Bohr once wrote, is difficult, especially if it’s about the future. And as we kick off a new year into a prevailing global economic gale, predictions look plain daft. So here are a few ground markers for the start of the year with a look back over the biggest headlines of 2011. On the governance front, 2012 has started inauspiciously as India’s Jan LokPal Bill on public corruption hit the political dirt, with its passage stalled in the Indian parliament. But corruption and governance reforms will mark the regulatory year ahead, notably following Japan’s Olympus scandal: Link to RI coverage
RI’s ESG Asia conference in Singapore on March 27th will pick up this and other vital institutional investor themes in Asia Link.
The 2012 US proxy season promises to be particularly interesting in election year as responsible investors focus on corporate lobbying expenditures following 2010’s Citizen United ruling that removed a cap on political donations. Under the Dodd-Frank Act, US companies will also be disclosing how they have responded to their most recent say-on-pay vote: approximately 40 companies received negative votes in 2011, although many more received significant votes against pay packages and litigation has followed some negative votes. Dodd-Frank regulation will also advance – along with shareholder scrutiny – in the areas of pay ratios, pay-for-performance, claw-backs, employee hedging of company stock and US corporate links to conflict minerals. A number of these same issues (executive pay, clawbacks, shareholder board representation, etc) look set to dominate the European shareholder season. And both in the US and Europe, the role of proxy voting advisors is to come under the legal microscope following intimations from the SEC and the European Commission of rulings early this year on disclosure of conflicts of interest and transparency of information. The EU Corporate Governance Green paper, scheduled for Q1 looks likely to require companies to produce a specific annual report on non-compliance as a solution to “comply or explain” shortcomings in corporate governance rules. Expect EU Commissioner Barnier to rule also on mandatory disclosure of company remuneration policies and individual pay of directors. In the UK, the hotly-anticipated Kay report on short-termism in equity markets will publish its interim findings in February 2012 with a final report scheduled for July. In the environmental space, all eyes are on the roll out of Australia’s Clean Energy Act, the development of green bonds and preparations for June’s Rio+20 United Nations Conference on Sustainable Development. Predictions aside, 2012 promises to be eventful!h5. During 2011, the biggest stories read on Responsible-investor.com were the following: