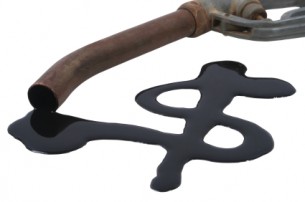 Environmental harm is commonly associated with the front-line companies that most visibly consume and pollute our shared natural resources. Rarely are the ‘unseen polluters,’ the financial institutions that fund and profit from eco-damaging corporations, put at the forefront of the environmental debate. In focusing on these unseen polluters, we should examine the potential of the long-standing movement for socially responsible investment (SRI) to make the financial sector more considerate of its social and environmental impacts in an era where climate change and many other serious ecological problems have increased the urgency to put the economy on an environmentally sustainable footing. This raises two specific issues. First, does SRI have the strength to act as a means of environmental governance by using the leverage of the financial sector to induce improved corporate environmental behaviour? Second, what has been and should be the role of the legal system in regulating SRI itself? The recent ascendancy of SRI has occurred largely without official imprimatur, yet its future growth and effectiveness is likely to depend on regulatory intervention from the state.There are three critical problems with the current SRI market, which make it doubtful that SRI can provide an effective means of controlling the social and environmental behaviour of financial markets. First, SRI has shifted away from its traditions of ‘ethical investment’ to a business case approach, whereby environmental issues are addressed primarily if they are perceived as ‘financially material’ to investors. For example, in contrast to the South African divestment campaign in the 1980s, which was motivated by a sense of social justice, today many investors see SRI as a way to be prosperous. Thus, in the burgeoning area of climate finance, the threat of catastrophic planetary warming is not presented as posing an ethical imperative to action, but rather an issue that warrants analysis through the narrow lens of financial risks and opportunities. By making social and environmental activism conditional on furthering the ‘bottom line’, SRI has blunted its critical strength because there often remains a countervailing business case for financing socially irresponsible activities. Further, even if they care, environmental issues such as climate change may be perceived by investors as too nebulous for workable financial quantification.

A second problem with the SRI market is that, as corporate finance theory predicts, it is too small to influence the cost of capital of firms, and thereby give green companies a tangible market advantage over polluting rivals. Despite its increasing pragmatic orientation, SRI market remains a boutique, niche sector. Much finance masquerading as “SRI” in fact is little different to conventional investment portfolios. Further, shareholder advocacy and engagement strategies designed to change companies from ‘within”, are not yet practised widely enough to be effective. A third problem with the SRI market is the limited success of its own voluntary codes of conduct in engendering significant change. Certainly, the SRI community has propagated a remarkable number of codes, such as the Equator Principles and the UN Principles for Responsible Investment. However, they offer relatively facile standards that fall well short of moving the financial community beyond business-as-usual. The most demanding SRI standards are contained in the Collevecchio Declaration on Financial Institutions, a product of civil society groups. These have been largely ignored by mainstream investment institutions. Once presented as an alternative to governmental regulation, the SRI movement is starting to concede the necessity of state intervention, such as reforms to corporate governance to facilitate shareholder activism, and mandatory corporate environmental reporting to enable investors to differentiate firms more readily on their sustainability performance. The financial sector’s dependence on public policy-making is most acutely evident in the area of climate finance, which requires carbon taxes and cap-and-trade schemes imposed by governments to help price the cost of greenhouse gas emissions.However, the impact of the range of policy instruments introduced in recent years to improve the SRI market has been rather underwhelming. SRI policy reforms have generally emphasised market-based and informational tools that alter the procedures and processes of financial decision-making.

“What has been and should be the role of the legal system in regulating SRI itself?”

Examples include transparency reforms introduced in the UK and several other European states, and Australia, obliging occupational pension funds to disclose their SRI policies, if any. Another reform, adopted in Canada and the US, requires mutual funds to disclose their shareholding proxy voting policies and voting records. Its purpose is to discourage fund managers from passively colluding with corporate management, and through a more active proxy process to improve the quality of corporate governance. Economic incentives to alter the cost-benefit calculations of financiers in favour of sustainable development choices have also been introduced in some jurisdictions. The leading example is the Netherlands’ Green Project Directive. Mandatory SRI standards are rare. Some governments have banned specific undesirable investments, as an adjunct to primary controls. Belgium, for example, prohibits investments in companies that produce or distribute cluster bombs. Obligations to actively promote SRI appear confined to public pension funds, with legislative reforms adopted in France, New Zealand, Norway and Sweden for this purpose.

To ensure that the financial sector prioritizes ethically-based investments, I believe we should be examining greater regulatory supervision of SRI, notably by redefining the fiduciary responsibilities of institutional investors to incorporate environmental concern. Fiduciary duties, which govern how financial decision-makers manage the assets of their beneficiaries, hardly license ethical investment for sustainable development. The core duties of loyalty and prudence understandably encourage investment policies that prioritise the maximisation of financial returns for beneficiaries to the exclusion of collateral impacts and the interests of other stakeholders.Potential reform of fiduciary duties could include the use of social accounting and sustainable performance indicators to underpin a new standard that could make financiers measurably accountable for the public costs of private investment. These and other measures could make corporate financiers more accountable to the goals of achieving environmentally sustainable development.
Professor Benjamin J. Richardson is an associate professor at Osgoode Hall Law School York University, Toronto. He is the author of Socially Responsible Investment Law: Regulating the Unseen Polluters (Oxford University Press, 2008)