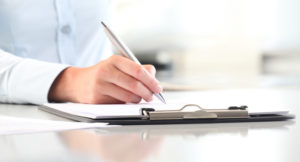 The study quoted by the article states that "ISS evaluations can identify sub-optimal compensation practices" but also concludes that “the quality of ISS’s recommendations appears to be hurt by its workload”.

This conclusion is not based on any supporting facts or reliable evidence. The authors do, however, cite as authority (and include in their bibliography) several documents produced or apparently penned by corporate critics of proxy advisory firms.

The authors' flawed analytical roadmap, assumptions on relationships between poor pay practices and short-term performance, and leaps of assertion to reach what appear to be pre-determined headlines, render the study and its conclusions deserving of a response.

Whilst there is always room for reasonable disagreement between experts, ISS’ analysis of pay practices is based on our well-recognized and publicly available methodology, and has been honed over many years with input from investors, companies, and other industry experts, and is based on widely held views of good (and bad) practices.

We do not want to assume that the authors have a bias against ISS, but their failure to check, let alone seek our views on, some of the most basic assumptions and on assertions made by others about ISS that are taken as facts in the study, is surprising. There is also no indication that they consulted with investor practitioners either, the very experts who use our research.

They instead decide to take a "different approach" by building their own methodology that even they admit “is not without some limitations."

The authors chosen methodology is to infer the “quality” of ISS assessments of poor compensation practices by trying to ascertain a statistical association between negative voting recommendations by ISS and short-term industry-adjusted accounting performance.

The authors' assumption that "firms with low quality compensation practices exhibit lower industry-adjusted performance"  is at odds with both logic as well as academic research on the topic over the past several decades. They also select a short-term observation window for accounting performance which assumes that the impact of compensation programs, which typically cover multi-year performance cycles, should appear within a matter of months. In the real world, the risks of poor pay practices may play out over many years, or not at all if those poor practices are addressed.

Even putting to one side the questionable base assumption and short-term measurement approach, the authors’ decision to use adjusted accounting performance rather than stock returns in measuring performance is hard to see as objective. Though total stock return is generally considered the most appropriate single metric in this context, it was apparently cast aside because of “inconclusive results” when they looked at this standard measure. The study instead decided to focus on only one metric, return on assets (ROA), which is rarely used by investors in assessing pay relative to performance.

The eventual ROA analysis didn't, even according to the authors themselves, provide "statistically significant" findings, and, in ISS’ opinion, the study shows zero supporting evidence for a set of inconclusive and speculative findings.

Georgina Marshall is Global Head of Research and Pat McGurn is Special Counsel at ISS.