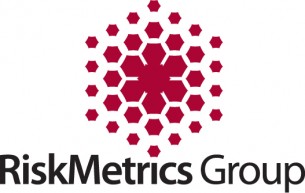 RiskMetrics, the US risk and corporate governance advisory firm that is being acquired by index group, MSCI, for $1.55bn (€1.2bn), has reported a surge in sales at its Institutional Shareholder Services (ISS) proxy voting arm.
ISS posted “annualized contract value” sales of $4.4m in the first quarter of 2010, up $1.2m, or 36%, over the same period in 2009, due, it said, to strong interest in ESG advisory services. However, RiskMetrics’ total revenues for the quarter were down 0.4% at $77m compared with Q1, 2009. ISS revenues were also down 1% to $36.8m compared with Q1, 2009. ISS’ adjusted earnings were down 6.3% at $11.4m.
Last month Responsible Investor reported how close RiskMetrics had come to being bought by a rival suitorto MSCI, only known as ‘Company A’, which had planned to spin off ISS to a list of potential buyers. Following the RiskMetrics buy-out, MSCI’s management said ISS was also “non-core” to the combined MSCI-RiskMetrics business.
Ethan Berman, chiief executive of RiskMetrics, said: “The first quarter proved challenging given the uncertainty regarding the company’s long term ownership structure, especially in the risk business. This led to a lot of risk sales being put on hold, which has picked up since the merger announcement.”
He added: “We remain excited about our risk business going forward and expect our quarterly Risk new sales to improve for the remainder of 2010.”
RiskMetrics’ earnings release is here