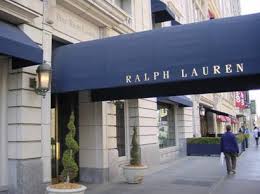 There was a diverse response among major institutional investors to the supply chain proposal at clothing group Ralph Lauren’s annual meeting yesterday (August 7).

The motion was filed by the AFL–CIO Reserve Fund for members of the AFL–CIO (American Federation of Labor and Congress of Industrial Organizations), America’s biggest union federation, and seconded by New York City Comptroller Scott Stringer. It sought to oblige the company to identify and disclose human rights risks within its supply chain and was prompted by the Rana Plaza garment factory disaster in Bangladesh last year.

The proposal, which cited the UN Guiding Principles on Business and Human Rights (the “Ruggie Principles”) and alluded to the firm’s “far flung” supply chain network, had high profile support not just from Stringer but from fellow New York official, State Comptroller Thomas DiNapoli.
Stringer and DiNapoli respectively oversee the $160bn New York City Pension Funds and the $176.8bn New York State Common Retirement Fund – which have stakes of $23m and $27.9m in the NYSE-listed company.
“As long-term shareowners, we believe Ralph Lauren has a responsibility to identify, prevent, mitigate and be accountable for human rights abuses in its own operations and those of its global suppliers,” Stringer said. He said the risks were “particularly acute” for Ralph Lauren given that more than 80% of its products are sourced from Asia, including Bangladesh.Also backing the AFL–CIO was Dutch pension giant PGGM, which said the proposal “should serve to further affirm and enhance the company’s existing policies and practices for identifying human rights risks and integrating their management into its business operations”.
The Rev. David Schilling, Senior Program Director at the Interfaith Center on Corporate Responsibility, which represents almost 300 organisations with more than $100bn in assets, also came out in support of the resolution.
But some large investors did not support the resolution, according to voting records. These included Norges Bank Investment Management (NBIM), the manager of Norway’s NOK5.4trn (€649bn) Government Pension Fund which has reportedly decided to release its voting intentions ahead of AGMs. Others voting against included the Florida State Board of Administration, the California State Teachers Retirement System (CalSTRS) and the Ontario Teachers Pension Plan (OTPP). Dutch pension asset manager APG did not vote.

The company’s board had advised shareholders to vote against the proposal saying it was “unnecessary and a potential diversion of corporate resources”.
The non-binding say on pay vote at the firm saw opposition from NBIM, CalSTRS (which also voted withheld its support from all directors), the Florida SBA and PGGM. The company has not yet released full voting tallies for the meeting.