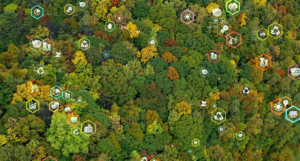 Robeco aims to extend its assessment of how its investments are exposed to biodiversity impacts and dependencies beyond the sub-industry level, planning to assess these factors on a company level.

In a whitepaper published today, the Dutch asset manager said conducting the analysis “will be crucial to develop a biodiversity framework that will enable us to measure the impact and dependencies of companies throughout our investment process.”

On timings, Peter van der Werf, Senior Manager of Engagement at Robeco, told RI: “Robeco will be testing issuer level data on biodiversity for corporates in 2022 which will enable us to move from the hotspot analysis on sector level that was conducted in 2021 to inform development of a biodiversity policy.”

However, the report noted some current methodological challenges, for example, the difficulty in aggregating the impacts and dependencies on biodiversity linked to a single company, considering the number and diversity of local ecosystems affected across several geographical locations.

To address these issues, Robeco is working with unnamed data providers and research groups.

Biodiversity has shot up the investor agenda in the past two years, and Robeco has been one of the market players active in the space.

Alongside being involved in the Taskforce on Nature-related Financial Disclosures, the Partnership for Biodiversity Accounting Financials, and the Finance for Biodiversity Pledge, it is spearheading the development of a nature equivalent to the influential Climate Action 100+.

In addition, as part of today’s announcement, Robeco has launched a new partnership with WWF Netherlands. The work will have three overarching streams: collaborate on the Robeco biodiversity roadmap as presented in its white paper; co-development of biodiversity investment strategies; "inspire and activate" stakeholders in the financial sector to integrate biodiversity into asset management.