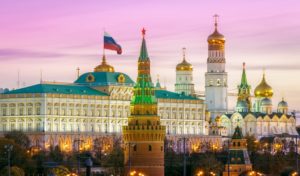 The Bank of Russia, CBR, has issued a set of voluntary guidelines to support annual ESG reporting by listed companies.

According to the bank, public companies will be “encouraged” to abide by the guidance as it will help investors assess their “long term-financial stability” and prevent ESG controversies.

The disclosure guidelines (currently only available in Russian) were developed based on the recommendations of the Task Force on Climate-related Financial Disclosures and standards issued by the Global Reporting Initiative.

It establishes criteria on how ESG disclosures should be presented and which information should be considered material for a company. However, companies will also be “encouraged to independently determine the scope and format of disclosure, depending on the nature and scale of the business”.

“Our recommendations are aimed at increasing the investment attractiveness of joint-stock companies, strengthening the responsibility of executive bodies for doing business taking into account ESG factors, as well as improving interaction with investors, employees, government, public organisations,” said Elena Kuritsyna, Director of the Corporate Relations Department at the CBR.

The publication of the guidance comes less than a week after CBR warned that the rise of green investing could trigger “a large-scale exit” of foreign investors from “Russian ‘brown’ companies”. This could result in polluting companies being forced to refinance their external debt domestically, said the CBR, potentially causing increased market volatility.

The CBR is a member of central banking body the Network for Greening the Financial System, which it joined in 2019.

Earlier this year, the Russian banking trade association approved guidelines on the voluntary implementation of ESG principles for local lenders. An analysis by the body revealed that 7% of Russian banks already apply ESG principles, while a further 67% are in the process of doing so.

A Russian green taxonomy is also in development, led by Russian development bank VEB.RF. A discussion on the taxonomy in March suggested that nuclear energy will be considered a green activity, together with ecotourism, hydrogen and gas engine transport, and agricultural projects.