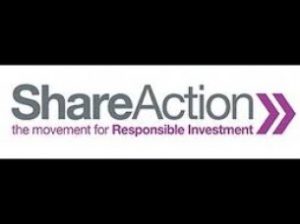 ShareAction, the UK-based responsible investment campaign group, has released a report recommending a number of changes to the governance of UK workplace pensions, which it warns is “creaking”, “too complicated”, and over-regulated with flaws in the business and governance models.
The report is a significant step by the campaign group into lobbying on the structure of the UK pensions system as a responsible investment issue because, they argue, it is acting as a barrier to the adoption of sustainable finance models.
In the report, Realigning Interests, Reducing Regulation, it warns that poor governance and inappropriate business models of UK workplace pension schemes are detrimental for beneficiaries because of lack of scale, expensive management fees and poor oversight of outsourced arrangements. The research compares the UK’s workplace pension scheme system to countries recognised as leaders in the field: Australia, the Netherlands, and Denmark.
Overall it notes that more representative, diverse governance arrangements, less shareholder owned businesses and a small number of large schemes are a defining feature of the Dutch and Danish systems and what it says is the best performing model in Australia. It highlights that in Australia, not-for-profit ‘industry pension schemes’, where trustees are appointed by employers, beneficiaries or unions, have outperformed their for-profit ‘retail’ counterparts, where trustees are appointed by commercial providers or via executive search.The report makes a number of recommendations to policy makers to improve the UK system, such as making sure the governance structures of all workplace pension schemes include representatives of beneficiary groups; that schemes adopt mechanisms to communicate with the membership as a whole and ascertain their views; and that schemes merge, as in Australia, if trustees cannot demonstrate that a scale is scale is not disadvantaging beneficiaries.
The report was funded by the Nuffield Foundation and included input from Fiona Reynolds, managing director of the PRI; Bill Trythall, pensioner director of the corporate trustee of the Universities Superannuation Scheme; and Aveen McHugh, former trustee of the BT Pension Scheme.
Camilla de Ste Croix, Senior Researcher and Policy Officer at ShareAction, the author of the report, says: “The Government has emphasised the benefits of giving savers freedom and choice at the point of retirement. But during savers’ working lives, most find the system to be completely impenetrable and off-putting. Our research suggests that the key to successful reform is not more red tape. What is needed is for pension funds to adopt business models and governance models that achieve alignment with savers’ interests, and be encouraged to do so through smaller, better-targeted regulatory adjustments. Other countries we studied have fit-for-purpose business models in their pensions sector with results that are positive for savers, taxpayers and the robustness of their economies.”