Responsible Investor
Home News & Analysis ‘Sanctions will not have the same effect on China’: Why Ukraine will...
Return to search 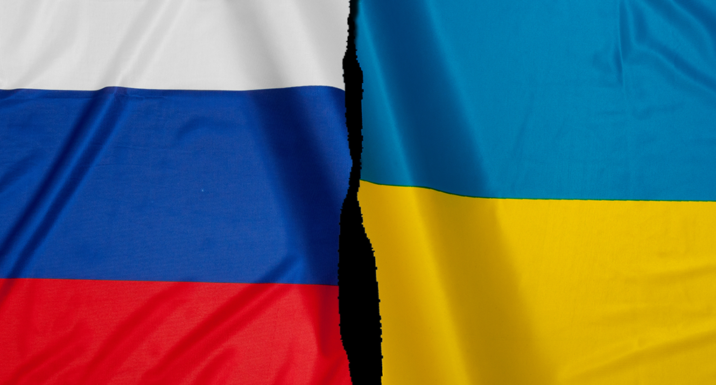 Investors have reacted swiftly in the three weeks since Russian troops first marched into Ukraine. RI’s in-house tracker recorded €5.2 billion in pledged divestments, with many of the decisions referring to a ‘misalignment in values’ or humanitarian reasons. At the same time, global financial institutions are expected to face deep losses on around $170 billion of existing investment exposure and $121 billion credit exposure to Russia following devastating sanctions by Western powers.

The broader economic fallout in Russia suggests that, while concerns over human rights may have factored into the exodus of foreign capital, separating the influence of ESG factors from traditional financial considerations is more difficult. Mainstream investors such as the Kentucky Teachers Retirement System and the UK’s Somerset Capital Management (founded by right-wing politician Jacob Rees Mogg) had reduced their exposure to Russia on financial risk grounds prior to the invasion, while ‘ESG’ heavyweights like Norway’s sovereign fund and the UK’s Church Commissioners waited until it was underway before making their moves.

“China is okay to mention when we talk climate transition, but mentioning human rights abuses and governmental oppression of free press and civil rights activists is a no-no in the financial community” – Sasja Beslik

Despite insisting that it is “not an ethical investor”, the UK’s state-backed pension provider, NEST, described “the financial and moral case” for divesting from Russian assets as “completely aligned”.

This fact – that it has been finance, not ethics or social responsibility that has pushed the divestment wave – should give pause to the many investors, financial institutions, data providers and NGOs who have declared that the events in Ukraine will serve as a “wake up call” for the markets – a lesson in why investors must “denounce and divest from companies and countries that are serial human-rights violators”.

The reality instead seems to be that investors only take action on a state’s human rights record when faced with the threat of significant sanctions or other economic consequences. So where does this leave other controversial and potentially high-risk states, particularly those as globally entrenched as China and Saudi Arabia?

China appears to be the closest parallel to Russia, given its historical claims on Taiwan and its close economic ties with the Putin government; the state has also continued its campaign of repression against Muslim minorities despite global outrage.

But according to Philippe Zaouati, the CEO of French SRI investment house Mirova, even if the same sanctions were imposed on China, it’s unclear they would have the same effect on the market.

“Russia and China are two very different stories. The Russian economy was already in a bad place and its history is seen as a defeat to the west, while China benefits a lot from the globalization. Of course, China is also an autocratic regime but not all autocratic regimes want to start a third World War.

“Even if it happens, what investors do would be second order anyway, the question is what Western countries will do. Sanctions will not have the same effect as in Russia and the dependency of the US and Europe on China is much, much greater.”

Of course, sanctions are not a new thing, and Troels Børrild, head of responsible investments at Danish pension fund AkademikerPension, says the key difference with the latest restrictions on Russia is their severity – which is difficult to predict.

“Sanctions have been levied for some time on human rights grounds in places like China, and even Russia prior to the invasion, but on a smaller scale,” he points out. “Perhaps the strength of sanctions is really the determinant, but it is very complex for investors analyse and predict this correctly.”

This is evident even for well-resourced analyst teams. JPMorgan issued a note advising clients to avoid selling their Russian holdings just days before Russian banks were excluded from the SWIFT payment system, saying “the vast majority of military conflicts, especially if localized, did not tend to hurt investor confidence for very long”.

As of January, Akademiker Pension had excluded 48 countries from its investment universe for human rights reasons, including Saudi Arabia, Myanmar and China, with exceptions for investments in unlisted assets. At the time, the fund explained the approach by saying it was unable to “exercise active ownership” with the states on human rights issues and noted that investments could finance “both oppression and hospitals and schools”.

Not all investors feel such discomfort, though. Timothy Ash, a senior emerging markets sovereign strategist at BlueBay Asset Management, is bullish on the potential of sovereign engagement, having already seen improvements in recent years.

“Compared to where it was five years ago, the Saudi government is recognising its ESG failings and is trying to do something about it,” he says. “The risk is still high when it comes to social and governance [topics], but I think it’s looking in the right direction.”

“Within the region, Egypt also has a challenging human rights story but as an investor you get asked more about Saudi. The Saudi government are being pretty open to talking about ESG challenges with us, by comparison.”

But investors need to be careful about the topics on which they engage with sovereigns, warns Ash, who says BlueBay is currently engaging with the Saudi government on women’s rights. “If you go in all guns blazing, they won’t listen,” he says.

Even when engagement fails, the need for diversification and financial returns – and the realities of a globalised economy – can make it difficult to step away from countries, points out Kiran Aziz, head of RI at the asset management arm of Norway pension fund KLP.

“Our objective is to derive the best possible return on the pension’s funds and savings we invest, and this requires that we are broadly invested included emerging markets,” she says, adding that exclusions can still be made when necessary, but that KLP puts a lot of emphasis on influencing investee companies in emerging markets. “We need to remember that the US and European multinational companies rely on emerging markets – from supply chains to customers – so the exposure will always be there.”

Akademiker’s Børrild ackowledges that wholesale human rights-based divestment isn’t the only option, and that exiting issuers brings with it a new set of ESG issues – particularly for emerging economies, which need to simultaneously develop their infrastructure and decarbonise.

“Our members have made it clear that we cannot invest their capital in systematic perpetrators of human rights abuses. But this is not something that we recommend for everyone. It is important that other investors take into account what their beneficiaries are saying and their own tolerance.”

Investors who want to remain invested in markets with a poor human rights record should first ensure that they can access up-to-date sustainability information, says Andreas Hoepner, a sustainable finance academic at University College Dublin.

According to Heopner, part of the reason investors were left blindsided by Russia’s invasion was the infrequent nature of updates across the bulk of commercially-available ESG data and ratings. “Investors need to pick up the pace of their ESG data process. You wouldn’t need daily updates for each security, but it should take place at least weekly or bi-weekly for the data to be useful.”

He also suggests that investors should limit their investments to “ESG-literate” instruments, such as SDG, green or other labelled bonds. This should apply to both corporate issuers and sovereigns, he adds.

Sasja Beslik, head of sustainability at Danish fund PFA, says it’s crucial for investors to familiarise themselves with the specific social issues which are “material to the jurisdiction in which an investee company operates, and then by each sector or industry,” adding that some issues “may become material with time and very costly.”

In addition, investors should resist cherry-picking the positive ESG factors while sidelining human rights concerns, he warns. Speaking on China, Beslik observes that “the country is okay to mention when we talk climate transition and investment opportunities related to the transition.”

“But mentioning human rights abuses and governmental oppression of free press and civil rights activists, including mysterious disappearing of business executives, a tennis player, and so on, is a no-no in the financial community.”