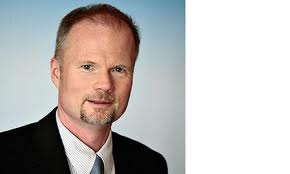 It has emerged that Eckhard Plinke, the long-time Head of Sustainability Research at the Swiss private bank now known as J. Safra Sarasin, is among the dozens of staff that have quit to join up-and-coming rival Notenstein.

RI reported earlier this month that more than 40 employees, including portfolio managers and sales specialists, had decided to leave Sarasin for the new institutional business team under former colleagues Aris Prepoudis and Andreas Knörzer at its St. Gallen-based rival.

Now Notenstein has confirmed to RI that Plinke is one of those employees, and that he will take a similar role to before. In addition, a Notenstein spokeswoman said a few of Plinke’s colleagues from his 10-member team of analysts would be following him to his new post. She was not more specific.

A spokesman for Sarasin could not be reached for comment. Previously, Sarasin has said that three-quarters of the staff who left for Notenstein had been replaced. There was no mention of who Plinke’s successor might be.

At Sarasin, Plinke and his team were responsible for compiling sustainable ratings for equity, bond and real estate investments. The team also wrote reports on developments in sustainability-related themes such as energy or water and provided the research for sustainable indices provided by Swiss index provider STOXX. Plinke wrote a research paper last year arguing that sustainability reduces the risks of corporate bonds.The exodus of staff from Sarasin to Notenstein started earlier this year with the hiring of the former’s head of sustainable investment Knörzer and his colleague, institutional chief Prepoudis. Notenstein, the successor institution to the now-defunct Swiss private bank Wegelin, is a wholly owned arm of retail banking group Raiffeisen, which had lost out when banking group J. Safra bought Rabobank’s controlling stake in Sarasin in 2011 in a CHF1.04bn (€846m) deal.

Meanwhile, Sarasin has been hit by a lawsuit from German retail magnate Erwin Müller, who is seeking €47m in damages from Sarasin after losing out on a tax savings scheme offered by the Swiss bank.

According to Germany’s Süddeutsche Zeitung, Sarasin raised €250m from investors like Müller. The money was then reportedly transferred via a Luxembourg conduit to US pension funds who used it to trade foreign stocks, including German ones.

The paper claims this entitled them to tax rebates, some of which they then funnelled back to Sarasin. The scheme collapsed, however, when German tax authorities were alerted to it and refused to provide any further rebates, the newspaper said.

Sarasin has denied any wrongdoing and, through its lawyer, threatened to take Müller to court for slander against its name. A district court in the German city of Ulm will hold its first hearing on Müller’s lawsuit on September 9. The court will decide whether the trial is to be held in Germany or Switzerland.