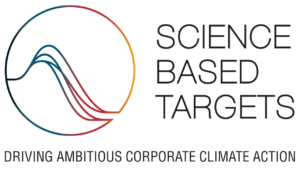 The total number of companies with near-term emissions targets signed off by the Science-Based Targets initiative (SBTi) more than doubled during 2021, from 495 at the start of the year to 1,082 by end-December.

However, just seven of the companies with approved targets in 2021 were aligned with SBTi’s flagship Net Zero Standard – a 1.5C protocol described as the “world’s first framework for corporate net-zero target setting”. It includes requirements for companies to mitigate emissions beyond their value chain once they have achieved “rapid, deep cuts” to their own emissions.

The remaining companies had pledged near-term climate targets, referred to as “science-based targets” by the SBTi, which have a cut-off year before 2030. By contrast, net-zero targets imply wholesale decarbonisation, most commonly by 2050.

In addition, 20 percent of the approved climate targets were aligned to well under 2C and not the more ambitious 1.5C temperature scenario, which is backed by global climate authorities, according to SBTi’s third annual progress report published on Thursday.

SBTi has emerged as the de facto body for certifying corporate climate targets since its 2015 formation and is a partnership between the UN Global Compact, World Resources Institute, WWF and CDP.

It claims a total of 2,253 companies have taken action on climate to date, grouping together those with approved emissions targets and 1,171 additional companies that have “committed” to setting climate targets in the future. These represent more than a third of global market capitalisation, worth $38 trillion – up from 20 percent in 2020, according to the report.

But companies from developing regions such as Asia, Africa and Latin America remain under-represented, SBTi warned, with the majority of approved targets coming from Europe, North America and Japan. The body noted that it had waived the verification fees for 88 emerging market companies so far under a scheme to promote climate target setting in these jurisdictions.

SBTi is currently developing a disclosure and verification framework to hold companies accountable to their climate targets. This “progress framework” is due to be released in full ahead of COP28 in November 2023.

Separately, newly appointed SBTi chief executive Luiz Amaral pledged to transition the initiative “from a successful start-up into a consolidated organisation by evolving our governance, technical structure and operational efficiencies” in a foreword to the report.

It comes after Amaral revealed plans to install a complaints mechanism to field criticisms about SBTi’s standards and evaluation process. At least two of SBTi’s early supporters have left the body over disagreements regarding the transparency and integrity of its methodology.