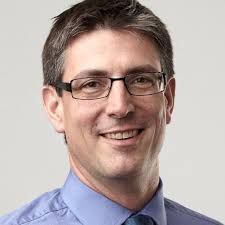 Like me, you may want to check this statistic, which I first heard about in a report on the UK’s carbon emissions for 2016. Apparently, that year, the UK’s carbon dioxide emissions fell to a level that was last seen in 1894. Yes, 1894….the year, coincidentally, when the first petrol driven powered car was patented.

The decline of coal-fired power has been a major contributor to this trend, but the rapid deployment of low-carbon technologies, notably wind power but also solar, have played a key role. Wind power, for example, produced more electricity than coal-fired power in 2016.

The growth in green technologies is not, however, just reserved to the power sector. Britons were reminded in mid-March that their energy bills actually declined in real terms between 2008-2016. The increasing costs of support for low carbon power having been more than offset by improved efficiencies in electrical products such as lighting, fridges, freezers and boilers.

These changes in the UK – mirrored in other countries around Europe and the world – are part of a significant shift in the overall complexion of the economy. These changes are also evident in the approach that large investors are taking to their investments. This is why on 14 March, the Institutional Investors Group on Climate Change (IIGCC), together with WHEB and Pictet Asset Management, convened a members seminar to hear how leading asset owners and investment consultants are reshaping their approach to sustainable and low carbon investments.

Among large asset owners there has already been substantial progress

One thing that was immediately apparent is the progress that has already been made. Some 72% of respondents to an IIGCC survey have already made green/sustainable investment allocations amounting to €53bn in total. The most prominent asset classes so far are listed equities and real estate – which make up more than two thirds of the total – with other asset classes including private equity, fixed income, forestry and infrastructure accounting for the remainder. On average, asset owners have allocated 6% of their total assets to sustainable investment strategies; and all respondents indicated that they plan to increase their exposure to green investments in the future with the majority focusing on infrastructure, real estate and private equity.

There is no straight-forward ‘road-map’ for asset owners to follow, but some key steps emerged from the discussion at the IIGCC event in March:

Positioning environmental social and governance (ESG) issues generally, and climate change in particular, as materials risks was a key point. Reflecting this understanding in the Board’s approach to their fiduciary duty was also highlighted.Investment consultants emphasised the importance of starting by defining a set of ‘investment beliefs’ as a foundation for then integrating ESG risk and opportunity into investment processes and portfolios.

While only 25% of respondents to the survey indicated that they had set a specific target for low-carbon or sustainable investments, it was nonetheless highlighted that targets are an effective tool in focusing attention on accelerating the shift into these types of investments.

Panellists also pointed to some misperceptions about the challenges in shifting assets into sustainable themes. For example, there are plenty of opportunities available across almost all asset classes (the dishonourable exception being hedge funds), and in many cases the experienced risk has proved much lower than what was anticipated.

Complexity was highlighted multiple times as a barrier. Specifically, for example, around the definition of what ‘green’ or ‘sustainable’ should mean. No common set of definitions has yet emerged with most asset owners developing their own in-house definitions.

A lot of progress made, but a long way to go

The IIGCC seminar was heavily oversubscribed. No doubt this was in part because of the high quality of organisations presenting. It may also be due to a growing acceptance that sustainable investing is an increasingly important component of modern portfolio management. A lot has been achieved in a relatively short space of time. The world is now investing approximately US$300bn annually in low carbon infrastructure from virtually nothing just a few years ago. The challenge though is that to avoid catastrophic climate change will require US$1trillion of annual investments. A lot has been done. A lot more still needs doing.