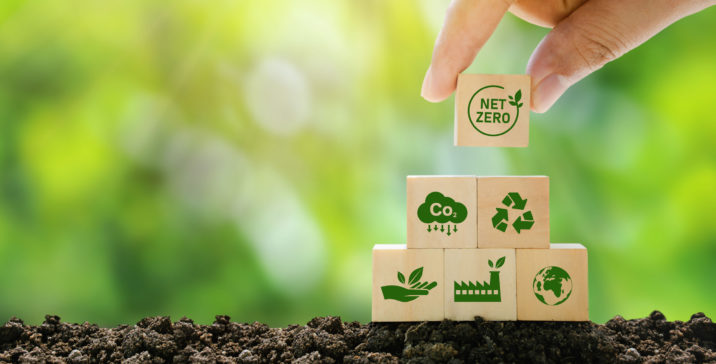 Climate targets adopted by financial institutions should cover Scope 3 or indirect emissions for clients and portfolio companies in carbon-intensive sectors, according to the Glasgow Financial Alliance for Net Zero (GFANZ).

For oil and gas majors, these would refer to the emissions caused by customers heating their buildings, driving or flying – estimated at around 85 percent of the emissions which result from the use of fossil fuels.

The question of which emissions financial institutions must bear responsibility for was a key focus of guidance issued today by GFANZ, which addressed net-zero planning and measuring portfolio alignment.

According to the body, FIs “will have a much greater impact on global GHG emissions by targeting the reduction of their financed GHG emissions, which are significantly larger than their operational emissions”. Financed emissions are those associated with investment, lending and underwriting activities.

The guidance sets out a sector-neutral framework for developing credible net-zero strategies based on five themes: overall approach, implementation strategy, engagement strategy, metrics and targets and governance. Financial institutions are encouraged to use all five but  “may choose to focus on a subset of the themes that they determine appropriate for their organisation”.

The framework included a recommendation for FIs to align direct and indirect lobbying and public-sector engagement with “an orderly transition to net zero” and their own institutional climate goals.

Earlier this year, Responsible Investor reported that major financial institutions including Federated Hermes, Wells Fargo and Fidelity Investment were sponsors of the State Financial Officers Foundation (SFOF), which has been accused of being actively involved in the anti-ESG pushback sweeping across the US.

In September, a senior executive at Federated Hermes (UK) said the investor will not be renewing its membership and sponsorship of the non-profit.

Separately, GFANZ recommended that financial institutions disclose their net-zero transition plans, including interim targets, to stakeholders and disclose progress against their plans with their climate disclosures at least annually.

It also called for oversight at board and senior management level, to ensure “they have ownership, oversight and responsibility for the net-zero targets”.

The high profile body is chaired by Mark Carney and was created in the wake of last year’s COP26 to co-ordinate net zero ambitions across the financial sector.

NGOs have raised concerns after GFANZ dropped a requirement that members commit to decarbonise by signing up for a UN emission reductions campaign, called Race To Zero.

A GFANZ spokesperson confirmed the change in requirements to RI and said: “GFANZ and the sector-specific alliances will continue to note the advice and guidance from Race to Zero, as well as other international bodies, such as the UNFCCC, IPCC, IEA, the G20’s Financial Stability Board, and the UN’s High Level Expert Group on net zero.”

It continued: “These changes will help ensure GFANZ’s recommendations reflect regional contexts, and the supervisory, regulatory, and legal obligations unique to the financial sector, as we continue to support net-zero implementation. Implementation is a critical step that requires a broad range of guidance and expertise from finance, science, academia, business, the official sector and civil society.”

Some NGOs have sounded the alarm in response.

Jeanne Martin, head of banking programme at ShareAction, told RI: “We are extremely concerned by the Glasgow Financial Alliance for Net-Zero’s decision to drop the UN-backed Race to Zero’s science-based guidelines. This comes at a crunch point for the planet.

“It’s clearer than ever that voluntary initiatives alone aren’t enough to drive the urgent action needed to secure a liveable future. Governments should step up with tougher regulation of financial institutions that continue to fund fossil fuel expansion.”

Echoing Martin’s comments, Johan Frijns, executive director of BankTrack, told RI: “The announcement that GFANZ will go it alone, a week before COP 27, leaves its credibility hopelessly shattered. It is high time for governments to finally step in and regulate the financial industry to comply with the Paris climate goals.”

A spokesperson for RTZ told RI that all of the seven finance sector alliances currently in GFANZ remain Partner Initiatives of the Race to Zero, in line with the campaign’s overarching, 1.5C-aligned criteria.

They added: “Race to Zero is proud of and grateful for its Partners’ leadership in guiding their members to take ambitious and necessary climate action, and will continue to support them in delivering on their net zero commitments. The changes to GFANZ governance do not affect Race to Zero’s relationship with its Partner Initiatives.”