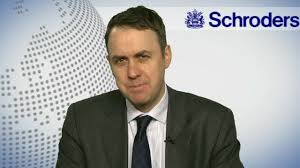 Keith Wade, chief economist at Schroders, the London-listed asset manager with £319.5bn (€455bn) under management, has kicked off a series of four articles on the impacts of climate change with a look at its impact on growth and inflation.

Wade, who is also involved in asset allocation at the firm, wrote the piece – a relative rarity from such a senior figure within a leading funds house – with colleague Marcus Jennings.

The article series will go on to discuss the economic costs of a temperature increase, regional effects, and possible policy responses. Any assessment, they write, “involves taking a very long-run view, well beyond that normally used by financial market participants”.

“However, increasing awareness of the issue means there is a growing demand for a view from shareholders who are either concerned about how the companies they own impact the environment, worried about the effect of climate change on the value chain of those companies, or a combination of both.”

The article coincides with the release of Schroders’ second-quarter responsible investment report, which focuses on its engagement and voting activities around climate change, for example with Shell and its Arctic drilling plans.Schroders said it challenged the company not only on the programme’s costs but “its relevance in the climate change policy context”. Despite Shell’s confidence, the fund firm remains “concerned about the adequacy of its response”.

While Schroders supported the ‘Aiming for A’ resolutions at Shell, BP and Statoil, it voted against the resolution on dividend policy and stranded assets from advocacy group As You Sow at Chevron. It said the motion (which was overwhelmingly defeated) was “too specific and in some cases too prescriptive”.

Schroders says it supported the majority of the 21 climate change resolutions it saw at this year’s meetings of oil and gas companies (and one utility) where it owns a stake.
It voted against the report of the Supervisory Committee at Petrochina to signal to management its concern about climate change risk. It also revealed it has engaged with Glencore and BHP Billiton, seeking the disclosure of the carbon price the mining firms use internally.
The firm set out its approach in May in its ‘Responding to Climate Change Risk in Portfolio Management’ document.
Meanwhile, the Principles for Responsible Investment (PRI), has published a new discussion paper called Reducing emissions across the portfolio, which argues there is a strong case for asset owners to play a role in reducing emissions, alongside government and business, which is fully consistent with fiduciary duty. Asset owners are encouraged to understand their carbon risk exposure by measuring their portfolio carbon footprint, and analysing and reviewing it with their portfolio managers.