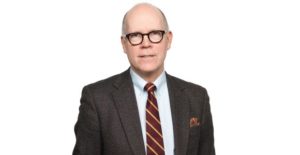 The fund management arm of Sweden’s SEB is in the process of substantially changing the way it excludes companies and uses third-party data in the wake of its recent exclusions U-turn.

SEB, one of the Nordic region’s leading financial services groups, was stung last month by the politicised backlash over its decision to publish a list of 40 newly-excluded companies – a backlash which ultimately led to the bank permanently revoking its list of norm-based exclusions.

As a result, SEB is now set to take a far more “proactive role” when it comes to exclusions and engagements. Speaking to RI, Hans Ek, Head of Sustainability at SEB Investment Management, said: “In cases where companies will be excluded from the whole fund universe, we will step in ourselves to add a secondary, in-house process – to be sure that we understand the full picture, and that the company itself understands our view and decision.”

Others have been quick to wade in on the furore around SEB’s exclusions. The head of sustainability at one of its Nordic peers told RI that the investor’s handling of the situation was “amateur”, and questioned its reliance on third parties. NGO BankTrack told RI that whilst SEB’s decision to exclude such companies from its whole portfolio was admirable, “the speed of the U-turn suggests they didn’t really think through the consequences of this decision”. Echoing these concerns, Fredric Nyström, Head of Responsible Investment at Swedish asset manager Öhman told RI that SEB’s decision was a “a step back” and that he was concerned it could “give ammunition to those persons and organisations who are critical of investors working in sustainability”.

The initial decision by SEB to apply a screen – that had hitherto only applied to its SRI funds – across its entire fund universe was announced on the 12 June. But within a week, on the 16 June, SEB backtracked and announced that it was in the process of “doing a retake and changing ways of working”, citing unanticipated “negative reactions” and unforeseen political implications caused by the exclusions – particularly those around Israel and Palestine.Ek told RI that it was client demand that had prompted his team to recommend that exclusions applied to its SRI funds – which account for approximately 20-25% of SEB’s offerings – be universalised. SEB Investment Management manages approximately SEK500bn (£46bn).

But aside from some instances within Europe and the Nordics, RI was told that SEB had not previously engaged directly with any company on its exclusions list, and instead relied on the third-party data. This situation is set to change, however, and since the publication of the list and at the time of writing, SEB has engaged in dialogue with one third of the 40 companies listed. “Some of the companies have provided us directly with information that they decided not to share beforehand with ISS Ethix and other analysts,” says Ek, who acknowledges that SEB’s exclusion process, which has been applied to its SRI funds since the mid-nineties, had become “old-fashioned”. In future, he says, the fund manager would “focus on dialogue, engagement, and its own decision making instead of using the old-fashioned way of getting in others’ views”.

RI also spoke with Ulrika Hasselgren, ISS Ethix’s Managing Director who outlined the service it provides to investors. She explained that the firm offers clients data, analytics, and research to support them make their own investment decisions but that it does not recommend particular exclusions to its clients.

SEB will announce its second quarter results this month on the 14 July.