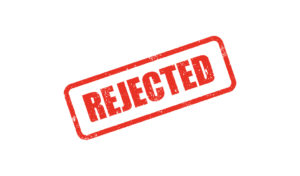 Bank of America’s efforts to evade a shareholder proposal on its commitments on the Business Roundtable (BRT) have been rebuffed by the US Securities and Exchange Commission (SEC) – just days after JP Morgan successfully blocked the same proposal.

In August, 181 US CEOs – including those of banking giants JP Morgan, Citi Group, Bank of America and Goldman Sachs – put their name to a widely-publicised statement on corporate purpose by the US corporate lobby group.

That statement appeared to signal a move away from shareholder primacy, towards a model that also prioritises employees, customers, supply chains, communities and the environment.

Last month, RI reported that all four US banks were seeking to exclude a shareholder proposal, filed by Californian based SRI firm Harrington Investments, asking them to flesh out those commitments in a meaningful way.

Earlier this week, the SEC gave its view that JP Morgan Chase may exclude the proposal, agreeing that the bank, which was recently found to be the world’s top funder of fossil fuels, had already “substantially implemented” the request.

But the US regulator has reached a different conclusion in the case of Bank of America, concluding that it is “unable to concur with exclusion on any of the bases asserted” by the bank, suggesting the SEC did not agree that the proposal broke rules on micromanagement or vagueness.

Goldman Sachs raised the same concerns over rule violations in its own ‘no action’ filing, while Citi’s mirrors JP Morgan’s argument that it has ‘substantially implemented’ the request already. The SEC has not yet opined on the requests of Citi or Goldman.

Bank of America did not respond to a request for comment at the time of publication.

Another US bank facing shareholder pressure on its wider social responsibilities is Wells Fargo. Its CEO, Charles Scharf also put his name to the BRT statement.

Last month, the San Francisco-based bank published an independent report it had commissioned on becoming a ‘public benefit corporation’ – a corporation that has changed its articles of incorporation to include reference to a public good.

In 2019, the banking group successfully opposed a resolution calling on its board to undertake such a report, but in its ‘no action’ response to the same resolution this year, it included one, to demonstrate that the proposal has been ‘substantially implemented’.

That report, which was undertaken by Delaware law firm, Richards, Layton & Finger, states that, as far as it is aware, no public company in the US has made the shift to a ‘public benefit corporation’ but that it is “feasible as a technical matter under Delaware law”.

However, due to the lack of precedent, the report warns that it would be difficult to predict the impacts of the move on the “company’s short and long-term stock price and market capitalisation”.

As a result, Wells Fargo’s board concludes that the current model provides it with the “appropriate flexibility” to serve the interests of its stakeholders and attend to ESG matters without the significant “uncertainties, costs and distractions that the Proposal’s implementation would require”.

Both the SEC’s ruling on the BRT proposal and Wells Fargo’s report “broke new ground in providing options for shareholders that want to advance Corporate Social Responsibility after the BRT Statement”, said Sanford Lewis, US attorney and Director of the Shareholder Rights Group. “These both begin to offer an exploration of how to move from empty promises into something that can be implemented in corporate governance.”