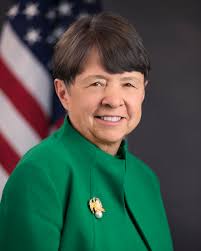 The Securities and Exchange Commission (SEC) is drafting a rule that will require companies listed in the U.S. to make more detailed disclosures about the diversity of board members and nominees, the regulator’s Chair Jo Mary White has announced.

She also spoke of the need to update the SEC’s current financial disclosure requirements to work for market participants, adding that the “overall challenge is to re-focus the lens of disclosure to better serve today’s investors”.

Current board diversity levels at U.S. companies were described as “unacceptable” by White, who also quoted the Government Accountability Office’s estimate that it will take more than 40 years for female representation of boards to be on par with men.

At present, female directors still hold just 19.9% of board seats at Fortune 500 companies while the number of S&P 500 firms with at least one minority director fell to only 86% in 2015.

The SEC will also turn its attentions to how sustainability information is disclosed, with climate change-related publications due to be examined in an upcoming review of annual filings. White was equivocal about sustainability reporting, however, adding that many market commenters believe that a materiality-based approach to the practice does not “go far enough” andthat “disclosure alone will not achieve the ultimate results many investors and other constituents are seeking”.

She also urged investors who wanted to change corporate behaviour on sustainability-related issues to “use your stewardship” to bring about widespread changes at companies. White continued: “Encourage and prod companies to acknowledge sustainability objectives that are in line with what makes the most sense for their businesses, demand that they describe what they are doing to achieve those objectives and how they are doing against your expectations.”

There was a rallying call for investors who chose to engage companies directly, with White saying that recent successes by institutional shareholders to force U.S. companies to field shareholder resolutions and face up to ESG concerns were developments she had “strongly encouraged”.

She also called for market participants to “recognize the limits of the SEC’s authority”, particularly when it comes to ESG issues, and that the most effective action was being undertaken by interested shareholders.

Separately, the SEC has also announced new rules that will require extractives companies to disclose the nature of any payments made to governments for the development of oil, natural gas or mineral fields.

As a result of changes mandated by the Dodd-Frank act, the new law will require the disclosure via a public filing of any payment or series of payments of over $100,000 made to governments during the same fiscal year, whether through taxes, royalties, or even community and social responsibility payments.