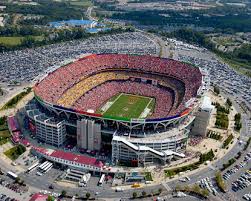 The Securities and Exchange Commission (SEC) has rejected a shareholder proposal from socially responsible investment firms Trillium Asset Management and Calvert Investments asking the board of express courier FedEx to disclose what the firm is doing to distance itself from the ‘Washington Redskins’ football team name.

Trillium and Calvert had filed the proposal on behalf of the Oneida Tribe of Indians of Wisconsin. That tribe, along with the SRI investors, consider the team’s name a racial slur and have targeted FedEx due to its marketing relationship with the team.

Since 1999, FedEx has owned the rights to have the team’s football field in Washington, D.C. named after the company (‘FedEx Field’).

In the background to the proposal, Trillium argued that by continuing to associate with the name, FedEx faced a serious reputational risk. As evidence of this risk, the asset manager said several Indian tribes had already begun boycotting FedEx’s services.

Trillium further pointed to a letter from the National Congress of American Indians to FedEx stating that the firm was “allowing its brand to be usedas a platform to promote a racist epithet screamed at Native Americans as they were dragged at gunpoint off their lands.”

The proposal from Trillium and Calvert therefore asked FedEx’s board to disclose to shareholders by January 2016 what “legal steps FedEx has taken or could take to distance itself from the Washington D.C. NFL team name.” However, FedEx asked the SEC for permission to exclude the proposal from its proxy materials because it related to the firm’s ordinary business operations – namely the manner in which the company advertises. The relevant SEC rule is 14a-8(i)(7).

In its no-action letter to the SEC, FedEx wrote: “The Staff has repeatedly recognised that the manner in which a company advertises is a matter of ordinary business and that proposals relating to a company’s advertising practices infringe on management’s core function of overseeing business practices.”

In its response, the SEC agreed with FedEx that the proposal could be excluded as it relates to the way FedEx advertises its products and services. Memphis, Tennessee-based FedEx is to hold its annual shareholder meeting in late September.