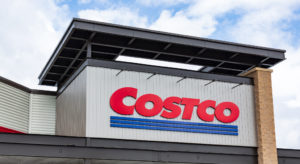 US retail giant Costco has withdrawn its bid to exclude a shareholder proposal calling for science-based emissions reduction targets, citing “recent relevant guidance” put out by the US Securities and Exchange Commission (SEC) – a move that highlights the swing in the balance of power between companies and investors at the powerful regulator.

Earlier this month, the SEC published guidance outlining its interpretation on rules used by companies to petition the regulator for permission to exclude shareholder resolutions, often referred to as ‘no action’ requests.

In particularly, the guidance focused on the ‘Ordinary Business’ rule or (Rule 14a-8(i)(7)), which companies frequently used during the Trump Administration to dodge proposals calling for climate targets, especially those that reference an external benchmark like the Paris Agreement or Net Zero by 2050. The Ordinary Business rule includes the right to reject ‘micromanagement’.

Costco had attempted to use the micromanagement argument as the basis for ignoring a proposal from US-based Green Century Capital Management calling on it to adopt strict decarbonisation targets across its full value chain (Scopes 1,2 & 3).

“The proposal’s demand that Costco establish arbitrary time-bound short, medium and long-term targets to achieve net-zero emissions by 2050 and effectuate appropriate emissions reductions prior to 2030 would require a wholesale departure from Costco’s carefully considered approach,” the company wrote in its response.

The resolution was seen a bellwether for the SEC, which, in its latest Staff Legal Bulletin – published after Costco’s ‘no action’ request – provided more evidence of a change in direction under the Biden Administration by rescinding three pieces of Trump-era guidance that had been used by companies to stymie shareholder’s ESG proposals.

It heavily hinted in the new guidance that climate targets, even those that reference external benchmarks, were reasonable demands by investors. “The staff may also consider references to well-established national or international frameworks when assessing proposals related to disclosure, target setting, and timeframes as indicative of topics that shareholders are well-equipped to evaluate.”

Within days, Costco wrote to the SEC to notify it that it was “withdrawing the request for a no-action letter, in light of recent relevant guidance from the Staff”.

Sanford Lewis, an attorney at US-based legal advisor Strategic Counsel and a veteran observer of shareholder proposal battles, told RI that it’s “somewhat unusual” for Costco to withdraw its request immediately after a staff bulletin from the SEC.

“Sometimes companies do withdraw a ‘no action’ request after a proponent has made a persuasive case. But I can't recall very many instances where a staff legal bulletin was issued and then somebody withdrew their requests”, he said, adding “I assume they basically felt that they could see the writing was on the wall.”

The bulletin states that the regulator’s original rules do not equate asking for “specific methods, timelines, or detail” with micromanagement, as long as the degree of granularity is reasonable.

Lewis, who worked with Green Century on the proposal, said that “asking a company to have an overall strategy on greenhouse gas targets” was not overly granular, and “was normal until the last few years”.

Thomas Peterson, Shareholder Advocate at Green Century, welcomed the clarity that the SEC’s bulletin gives. He told RI that it “gives us a lot more confidence to file other proposals like the Costco proposal”.

Lewis said that he expected the new guidance to discourage companies from making lengthy ‘no action’ requests on climate, because the “add on” arguments that were popular at the SEC during the Trump Administration were falling out of favour. “So all of this means a shorter, less expensive, more streamlined process that actually matches what's in the rule,” Lewis said.

Costco has not responded at the time of writing.