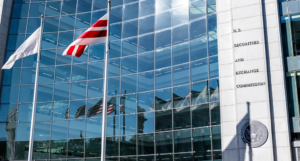 The US Securities and Exchange Commission (SEC) has highlighted “the potential risk for conflicts of interest” between credit rating firms’ growing ESG-related offerings and their main ratings work.

In its annual staff report on Nationally Recognized Statistical Rating Organizations (NRSROs), published yesterday, the US’ powerful financial regulator stated that its staff had “identified the potential risk for conflicts of interest if an NRSRO offers ratings and non-ratings ESG products and services”.

The SEC noted that credit rating firms and “their affiliates” have “developed and are offering an increasing number of ESG-related products and services”.

Increased competition in this “rapidly” growing area, it added, led its “Staff to identify several areas of potential risk to NRSROs”.

Among the other potential risks identified by the SEC’s staff were risks that credit rating firms may not “maintain effective internal controls involving the use in ratings of ESG-related data from affiliates or unaffiliated third parties”.

The major US credit rating companies have built-up their ESG capabilities in recent years. In 2019, Moody’s acquired majority stakes in ESG houses Vigeo Eiris and Four Twenty-Seven, and in 2021 it bought California-based climate and disaster risk modelling specialist RMS, in a deal worth around $2bn.

Its rival Fitch announced last year the launch of a unit dedicated to rating the ESG performance of companies.

And S&P bought UK-based environmental data firm Trucost in 2016 and the ESG rating business from Switzerland-based boutique RobecoSAM in 2019.

In their report, the SEC staff also highlighted risks that rating firms, when “incorporating ESG factors into ratings determination”, may not “adhere to their methodologies or policies and procedures”, “consistently apply ESG factors”, or “make adequate disclosure regarding the use of ESG factors applied in rating actions”.

Bill Harrington, Senior Fellow at non-profit, the Croatan Institute, and former senior Vice president at Moody's Investors Service, told RI that he had not seen ESG language in previous SEC reports on credit rating firms and attributed its appearance to the shift at the SEC under its new Chair, Gary Gensler, who was appointed last April by President Biden.

But he described the focus on ESG in the report by the SEC’s Office of Credit Ratings as “lip service”. In particular, he pointed to the SEC’s identification of risks associated with NRSROs not adhering to their methodologies and procedures when incorporating ESG factors or applying them consistently, describing it as the “crux”. “If the SEC were to begin insisting that NRSROs walk their big ESG talk by incorporating robust assessment of credit exposures to ESG factors into credit ratings, that would be a sea change,” he said.

Fitch, Moody’s and S&P did not immediately respond to requests for comment on the SEC report.