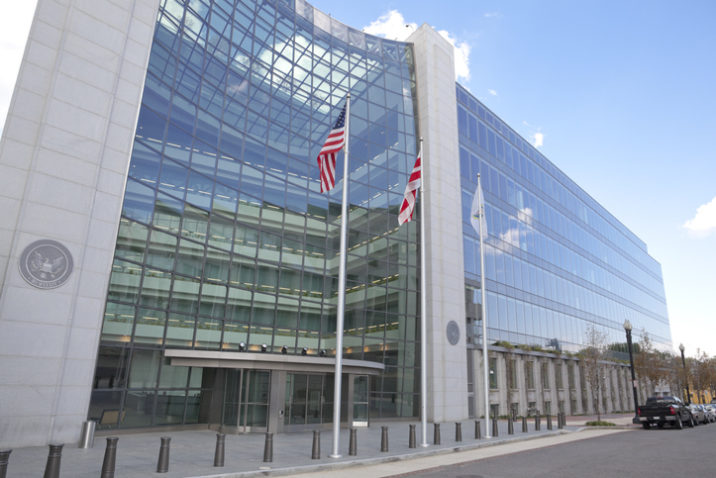 The US Securities and Exchange Commission has proposed new rules that could make it easier for shareholders to get ESG resolutions onto the ballots of companies.

The planned changes to the shareholder proposal process, put forward yesterday, reinforce the regulator’s recent efforts to tip the balance of power towards investors and away from companies on matters of stewardship and shareholder rights.

Three existing rules will be impacted by the proposals, including one that has historically been used by companies to block ESG and climate resolutions from investors.

Listed companies in the US can get permission from the commission to exclude shareholder proposals using a mechanism called the ‘no action’ process. That process outlines 13 legitimate reasons why a firm might want to stop a proposal going to ballot.

One of the 13 reasons, known as ‘substantial implementation’ or (Rule 14a-8(i)(10)), had become particularly popular with companies wishing to block requests around climate disclosure. It argues that a resolution can be omitted if the company can prove that it has already undertaken most of the shareholder’s request.

The SEC now plans to change the wording to require companies to prove they have implemented the “essential elements” of the resolution before they can justify vetoing a vote.

“[We] believe that the language of the current rule is insufficiently focused on the specific actions requested by a proposal – ie, its elements – and, thus, it may not serve the original purpose of the exclusion…,” the SEC wrote.

The regulator said that some market participants had noted that under the current rule its staff “may find a proposal substantially implemented based on ‘voluminous but unresponsive reporting’ that does not answer the core questions raised by the proposal”.

The second rule being reviewed is known as ‘substantial duplication’ or (Rule 14a-8(i)(11)). Currently, this rule can be used to bump a proposal off the proxy statement if the SEC agrees that another proposal has already been filed on the same matter at the same shareholder meeting.

This has been used in recent years by conservative groups in the US seeking to strike an unwanted resolution off the agenda by filing one that repeats sections of it verbatim, but outlines a contrary viewpoint in its supporting statement. This can lead to the ‘rival’ resolution being dismissed, even though the objectives of the proposals are different.

For example, Tara Health Foundation filed a proposal this year at Pfizer, focused on lobbying and political spending. Conservative think tank the National Center for Public Policy Research (NCPPR) submitted one using some of the same text, but raising concerns about the firm’s support for “many candidates who support government-run single-payer or universal healthcare programmes that will stifle innovation and resources that support research and development, all while increasing taxes”.

The NCPPR’s move resulted in Tara’s proposal being omitted.

The SEC is proposing that under revised rules, a resolution would only be excludable “if it addresses the same subject matter” and “seeks the same objective by the same means”.

It explained that the current rule “enables a shareholder who is first to submit a proposal for a company’s meeting to preempt the consideration of later-received proposals, even though a later proposal (if it had been voted on) may have received more shareholder support”.

There were signs that this revision was on the cards when the SEC sided with SRI house Trillium Asset Management earlier this year over a resolution at Johnson & Johnson. Trillium submitted a proposal calling for the pharma giant to assess its impacts on racial equity, as part of a wider initiative in support of the Black Lives Matter movement. NCPPR filed a partly-identical proposal, but it stated that Johnson & Johnson should consult “groups that defend the civil rights and liberties of all Americans, not merely the ones that many companies label ‘diverse’”.

The SEC stated that its proposed rule change could help “reduce incentives for proponents to attempt to preempt other proposals those proponents do not agree with”.

Addressing the issue of resubmission thresholds

The final proposed change is on the rule around resubmitting resolutions – known as (Rule 14a-8(i)(12)). That rule allows a resolution to be excluded if a similar one has been filed in the previous five years and failed to secure adequate shareholder backing.

As a result of changes introduced during President Trump’s term in office, the level of support required to justify a second hearing for a proposal was increased significantly. But the SEC now plans to rewrite the rule to state that a resolution can be excluded if it “substantially duplicates” a prior proposal – arguably a less restrictive requirement than the current one, which stipulates that omission is based on it touching upon the “same subject matter”.

“[T]he current standard could discourage experimentation with new ideas, as it limits proponents’ ability to modify their proposals to address a similar subject matter in subsequent years to build broader shareholder support, and also restricts other shareholders from presenting different or newer approaches to addressing the same issue,” the SEC wrote.

The SEC’s amendments, which were put out yesterday, will be open for public comment for 60 days.

Yesterday, the SEC also amended controversial rules requiring proxy advisers to share their advice with companies “in a timely manner” and provide clients with access to companies’ written responses to their advice.

The new amendments seek to reverse both requirements, introduced under Trump, to “avoid burdens on proxy voting advice businesses that may impair the timeliness and independence of their advice”, the regulator said.

Both big US proxy advisers have welcomed the news but argued that the rule – which also regulates proxy advice as solicitation – should be rescinded in its entirety.

ISS is pursuing a lawsuit against the SEC over the rule and said oral arguments in the case are scheduled for later this month.