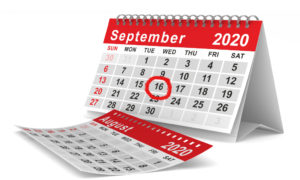 The US Securities and Exchange Commission (SEC) will hold a meeting next month to discuss whether ownership thresholds should be higher in order to submit shareholder resolutions, in the first move of its kind for 35 years.

In the words of the SEC, the efforts are part of its drive to “modernise and enhance the efficiency of the shareholder-proposal process for the benefit of all shareholders”. Under Chair Jay Clayton, the regulator has embraced a review of corporate elections rules, despite a large number of investors claiming it is an attempt to erode the tenets of US shareholder democracy.

The debate has been raging since November 2018, when the SEC launched its Staff Roundtable on the Proxy Process, kick starting a discussion about whether the threshold to submit resolutions should be raised to $25,000 (€21,000) worth of stock ownership, from the current $2,000. It also proposed raising re-submission thresholds, so that shareholder proposals should reach certain percentages of votes to table them again.

Proposed changes affecting proxy advisory firms have also been a bone of contention. In July, the SEC published rule amendments that categorised proxy advice as ‘solicitation of shareholder votes’ and requiring proxy advisors to share with companies their input at the same time as investors.

A controversial requirement that would have forced proxy advisors to submit their voting analyses to the company in question for approval before sending it to investors was shut down in the first half of 2020 with a glut of investor responses opposing the measure.

As a result of the July ruling, Institutional Shareholder Services said it will resume legal action against the SEC. Proceedings started at the US District Court for the District of Columbia in Autumn last year, with a hiatus from January to let the SEC finish its ruling.

However, the SEC made no mention of the proposed rules on submitting and re-submitting shareholder proposals, prompting speculation among insiders about whether the plans had been quietly dropped.

The meeting will be held on 16 September at 10:00am ET and is open to the public via audio webcast on the SEC's website.